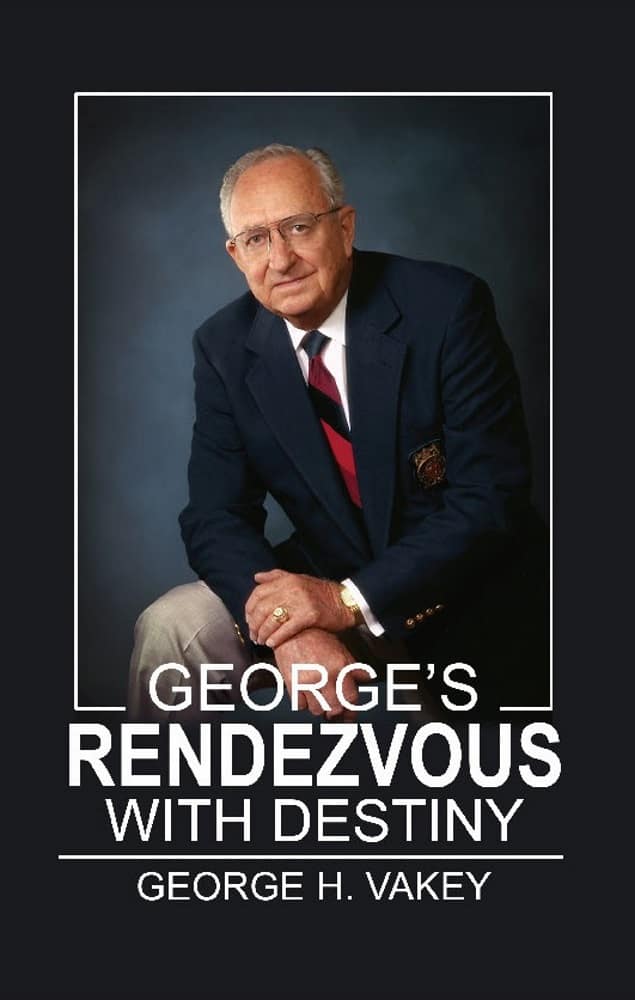 I am very blessed to be able to choose the projects I work on, so I don’t edit anything I don’t expect to enjoy. Sometimes, the experience turns out even better than I’d hoped, and I recently completed such a project.

George Vakey is a ninety-three-year-old World War II veteran and long-time educator who looks and acts much younger. However, he realizes that he probably doesn’t have a lot of years left, and he wanted to tell the story of his life. We’re losing the vets from the Second World War at a rapid rate, and every one of them has a story worth telling. I hope more will have the opportunity tell those stories before it’s too late.

George’s book began as a series of telephone interviews over a period of months. A writer who was writing a history of George’s military unit interviewed him about his World War II experiences, and George managed to tell his entire life story in the interviews. He then found someone to transcribe the tapes, leaving out the questions and typing only his answers.

Then George was at a loss of what to do. He didn’t know anything about publishing and had no idea of how to get those interview answers into a book. He and a friend started making phone calls and asking anyone they could find who might know anything about publishing. Somehow they heard of my client, David Bowles, author of The Westward Sagas, and called him to ask what to do next. They came away from that phone call with my name and phone number and a glowing recommendation.

George and his friend, Betty Rae, who drove him to our meetings, are delightful and lovely individuals, and I thoroughly enjoyed the time I spent with them. My associate, Jan, and I both loved working on this book, and we’re pleased with the results.

George told his story to leave a legacy for family and friends. He didn’t even plan to make the book available for sale, because he didn’t think anyone else would be interested in reading about his life. However, I convinced him to list the book on Amazon, because his is a story worth reading. If you like history, have an interest in education, or just like reading stories about extraordinary people, I think you’ll enjoy George’s Rendezvous with Destiny.

You can get an idea of George’s charm and style by reading the testimonial he sent me after we finished the book.

And if you like memoirs or military families, another project I really enjoyed was William Willis’s Base Jumping: The Vagabond Life of a Military Brat. He tells his story of traveling the world and growing up in a military family. We sometimes don’t recognize the sacrifices the families make when a parent serves his or her country, and this story is a good reminder of their sacrifices as well as the advantages.