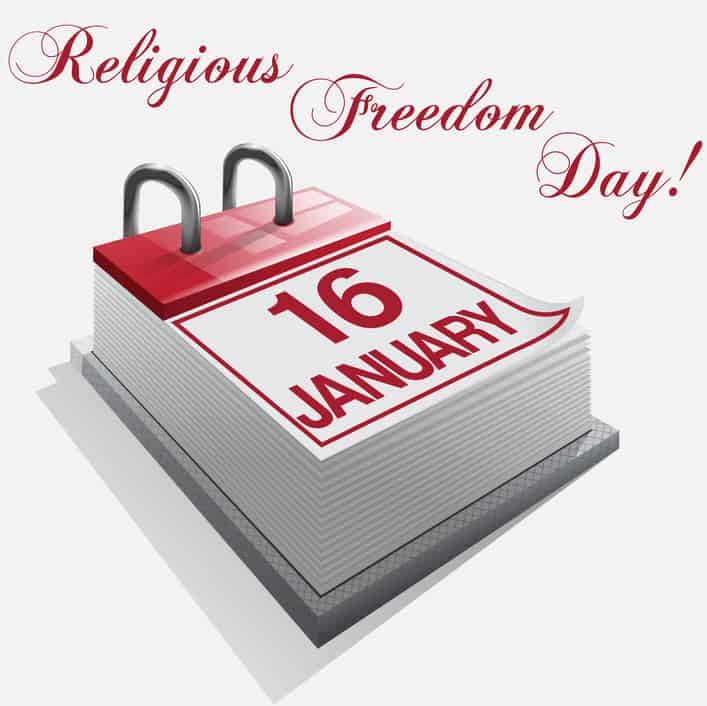 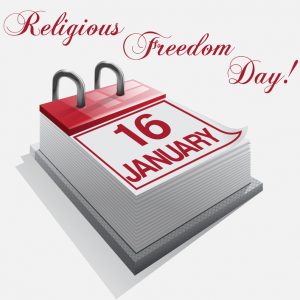 Today is Religious Freedom Day, a day to celebrate our religious freedom. The First Amendment to the Constitution states “Congress shall make no law respecting an establishment of religion, or prohibiting the free exercise thereof.”

This liberty is in serious danger in this day of political correctness.  Many people seem to think we should have freedom FROM religion rather than freedom OF religion. Recently, a long-time, highly respected fire chief lost his job because of his religious views expressed in a self-published book he wrote for a Bible study at his church. Of course, if the chief had violated the rights of employees because of his religious beliefs, his firing would be justified. However, there was no accusation that he treated anyone unfairly—only that he expressed disapproval of certain behaviors because of his Christian faith. We do not lose our religious freedom when we are hired for a job.

Heavenly Father, thank You that we live in a country where we are free to practice the religion of our choice. Give us the courage to stand up for this right in the face of opposition. In the name of Jesus Christ. Amen.