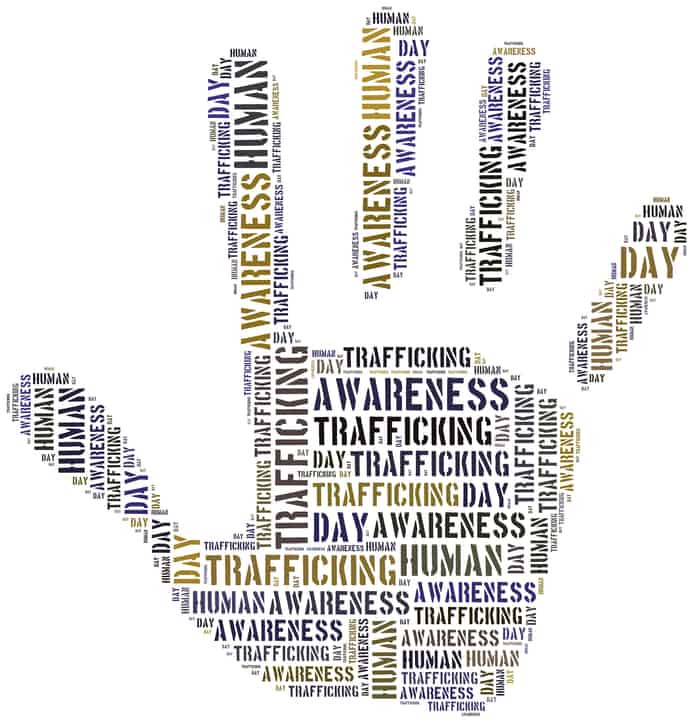 Modern day slavery doesn’t mean men, women, and children picking cotton under the watchful eye of the plantation overseer, although forced agricultural labor is one form of slavery. More often, slavery today means a young girl being held captive and forced to work as a prostitute for a controlling pimp.

According to the United Nations Office on Drugs and Crime, human trafficking is using force, coercion, deception, buying and selling, or the abuse of power to exploit someone through forced labor, sexual exploitation, removal of organs, or other forms of servitude.

Most of us who have no experience with the seedy underworld of human trafficking assume that prostitutes have chosen to work in the sex industry just as we have chosen to work in the publishing, medical, retail, legal, manufacturing, or fill-in-blank industries. However, this is not always the case. Women are often tricked or coerced or forced into prostitution or other sex work.

Children, in particular, cannot freely choose and may even be sold into sex slavery by their families. Reading the stories of these young victims is heartbreaking.

According to Alliance to End Slavery and Traffic (ATEST), there are more slaves today that at any time in history (an estimated 27 million worldwide), and human trafficking is a $32 billion dollar business, the second largest criminal enterprise in the world.

Slavery didn’t end with the Emancipation Proclamation. It’s time to end it now!

Heavenly Father, every single one of these 27 million victims is precious in Your sight. You want Your children safe and free. Give us the wisdom and strength to bring an end to human trafficking. Bind up the wounds of those who have suffered or who are currently suffering and heal their broken hearts. Give them Your peace that passes understanding, and give us understanding and compassion for them. In the name of Jesus Christ, our Lord and Savior. Amen.

You may read what I previously wrote about human trafficking.