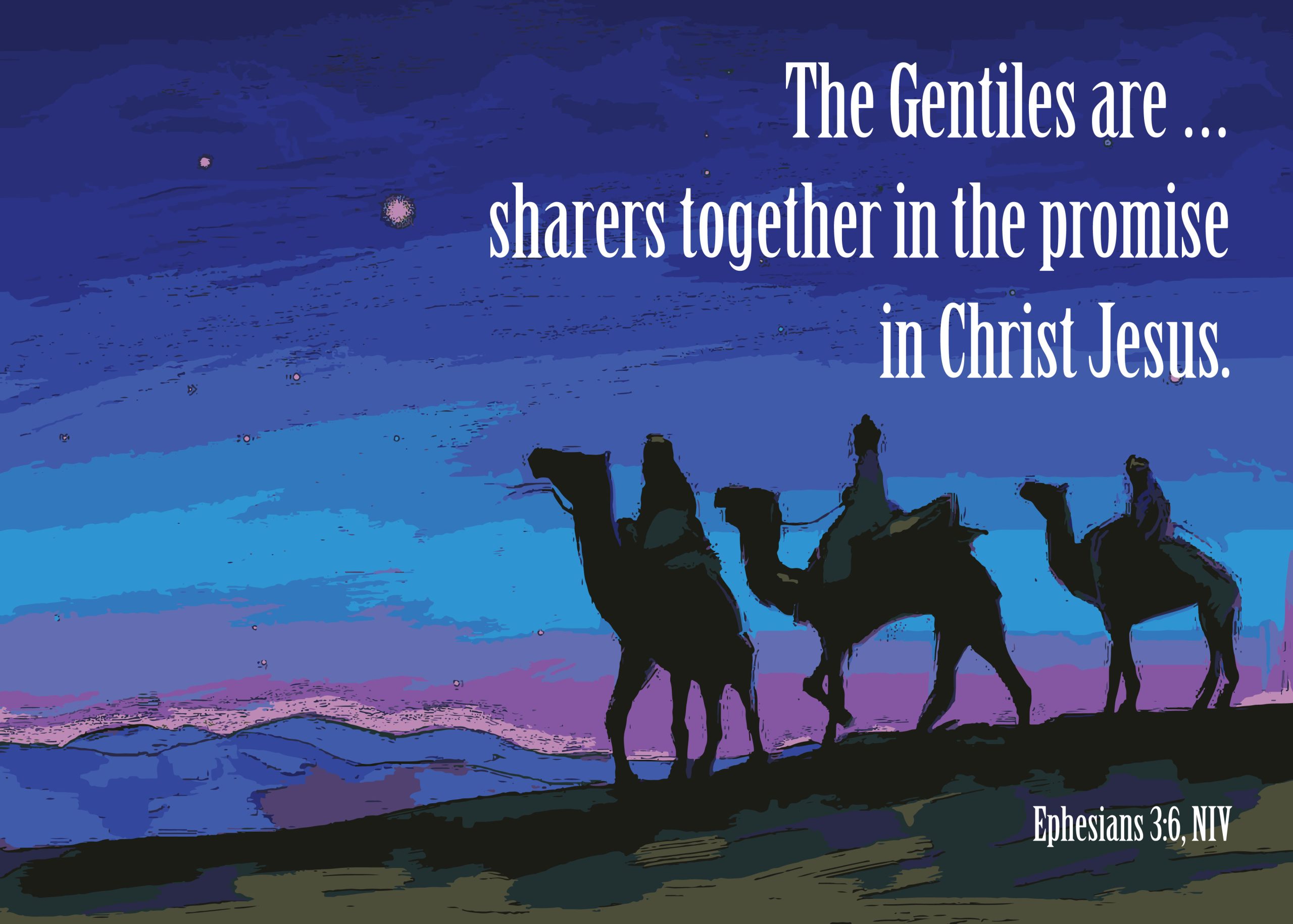 Now after Jesus was born in Bethlehem of Judea in the days of Herod the king, behold, wise men from the east came to Jerusalem, saying, “Where is he who has been born king of the Jews? For we saw his star when it rose and have come to worship him.” When Herod the king heard this, he was troubled, and all Jerusalem with him; and assembling all the chief priests and scribes of the people, he inquired of them where the Christ was to be born. They told him, “In Bethlehem of Judea, for so it is written by the prophet:

“‘And you, O Bethlehem, in the land of Judah, are by no means least among the rulers of Judah; for from you shall come a ruler who will shepherd my people Israel.'”

Then Herod summoned the wise men secretly and ascertained from them what time the star had appeared. And he sent them to Bethlehem, saying, “Go and search diligently for the child, and when you have found him, bring me word, that I too may come and worship him.” After listening to the king, they went on their way. And behold, the star that they had seen when it rose went before them until it came to rest over the place where the child was. When they saw the star, they rejoiced exceedingly with great joy. And going into the house, they saw the child with Mary his mother, and they fell down and worshiped him. Then, opening their treasures, they offered him gifts, gold and frankincense and myrrh. And being warned in a dream not to return to Herod, they departed to their own country by another way.

There are many legends about the magi. Sometimes they are described as kings, sometimes as wise men, sometimes as magi (which means wise and knowledgeable men who study the stars). Tradition says there were three, but Scripture doesn’t tell us how many there were. Names have been assigned to them by legend, but we have no idea what their real names were. Some theorize that they each came from a different country and couldn’t even speak to each other. There are also opinions on the star the wise men followed. Astronomers and others research the history of comets and other phenomena to try to discern if the star in the east coincides with any known cosmic event. And there are many more theories, legends, and myths.

None of this really matters. It may be fun to imagine who the wise men were, where they came from, the significance of the gifts they brought, their names, their relationships to each other. But the Bible doesn’t tell us any of that because we don’t need to know it. The only important details of the story are that men who were not Jews traveled a very long way to worship Jesus.

The Epiphany commemorates the arrival of those magi, who followed the star to worship baby Jesus. This feast day is also known as The Manifestation of Christ to the Gentiles, because the magi, who were not Jews, were the first Gentiles to worship Christ, demonstrating that the promises of God are for all mankind. Jews typically expected the Messiah to come to rescue them from oppression. They didn’t expect that the rescue would not be from an enemy army or oppressive leaders, but the rescue from sin and death—and the promise of eternal life. And the promise wasn’t just to Jewish people or the Jewish nation but to the entire world.

Anyone anywhere can have eternal life if they choose to follow Jesus Christ as their Lord and Savior. God didn’t tell us where the magi came from; they represent other nations and peoples—you and me. Even if we weren’t born a Jew, we have the same promises from the same Lord as the Jews do.

Epiphany isn’t widely celebrated in churches today. I think it deserves recognition. We should celebrate that these three (or more or less) magi (or kings or wise men) followed a star to worship baby Jesus. As a result, we see that we Gentiles can have the same salvation as the Jews can. Hallelujah!

Heavenly Father, thank You that You offer salvation to all people of every nation, language, tribe, people group. All have the same requirement: repent of our sins and accept Your Son Jesus Christ as our Lord and Savior. We can be rich, poor, or in-between; we can be any nationality or skin color; we can be educated or illiterate. When we say “yes” to Jesus, we become Your sons and daughters. We give You praise and honor and glory, for You are holy, sovereign, omnipotent, almighty—yet You love each one of us. We can never be worthy, Lord, but please help us to walk in Your way. In the name of Jesus Christ. Amen.

The above devotional is an excerpt from God Orchestrates History for Our Salvation: Advent and Christmas Devotionals.