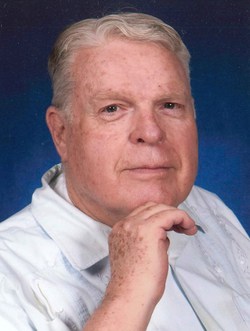 Seven years ago today, I buried the love of my life, my best friend, my husband of forty-five years. Usually, I share memories of Jack on the anniversary of his death, September 23. But this year, I was very busy that day.

I don’t go to the cemetery often, as I know Jack’s not there. In fact, I am more comfortable “talking” to him in the home we shared for our entire married life. However, I usually visit the grave on his birthday, our anniversary, and the anniversary of his death. Having William with me on this visit made it even more special.

Jack’s funeral service was beautiful, and I was touched by the family and friends who came to honor his memory. One moment just before the service started got everyone’s attention and brought a smile to many faces. Having graduated from Texas A&M sixty years before, Jack was an avid Texas Aggie. In fact, in the latter years of his life, he always wore an Aggie t-shirt. I said we had to bury him in an A&M t-shirt; otherwise God’s wouldn’t recognize him. A fellow Aggie from a later generation had the Aggie War Hymn as the ringtone on his phone. Apparently he had arranged for someone to call him at just the right time. Moments before the start of the funeral, the Aggie War Hymn sounded in the sanctuary. Jack would have loved it!

Like everything else, the homily was great. This is an excerpt from Jack Stories: Favorite Memories of Jack Jordan Ammann Jr:

A Texan in Whom Is No Guile

Paraphrased excerpts from Father Chip’s homily at the
funeral service

The last time I saw Jack was about ten days before he died. I said, “Jack, the time is coming for you to go home, and you need to pack your bags. Are you ready?”

Each one of us will have to stand before the Lord at the end of our life. If you can’t say as Jack did that your bags are packed and you’re ready, talk to me. We never know when our time will come, and we need to be ready all the time.

Jack reminded me of St. Bartholomew, also called Nathanael in the Bible. You might not agree with Jack, but you always knew where he stood. Like Jack, Nathanael said exactly what he thought. When Philip told Nathanael that they had found the Messiah—Jesus of Nazareth, Nathanael answered, “Can anything good come out of Nazareth?” Philip took Nathanael to see Jesus, who greeted Nathanael by saying, “Behold an Israelite indeed, in whom is no guile!” I can hear the Lord greeting Jack in Heaven: “Behold a Texan indeed, in whom is no guile!”

(Father Chip has since retired)