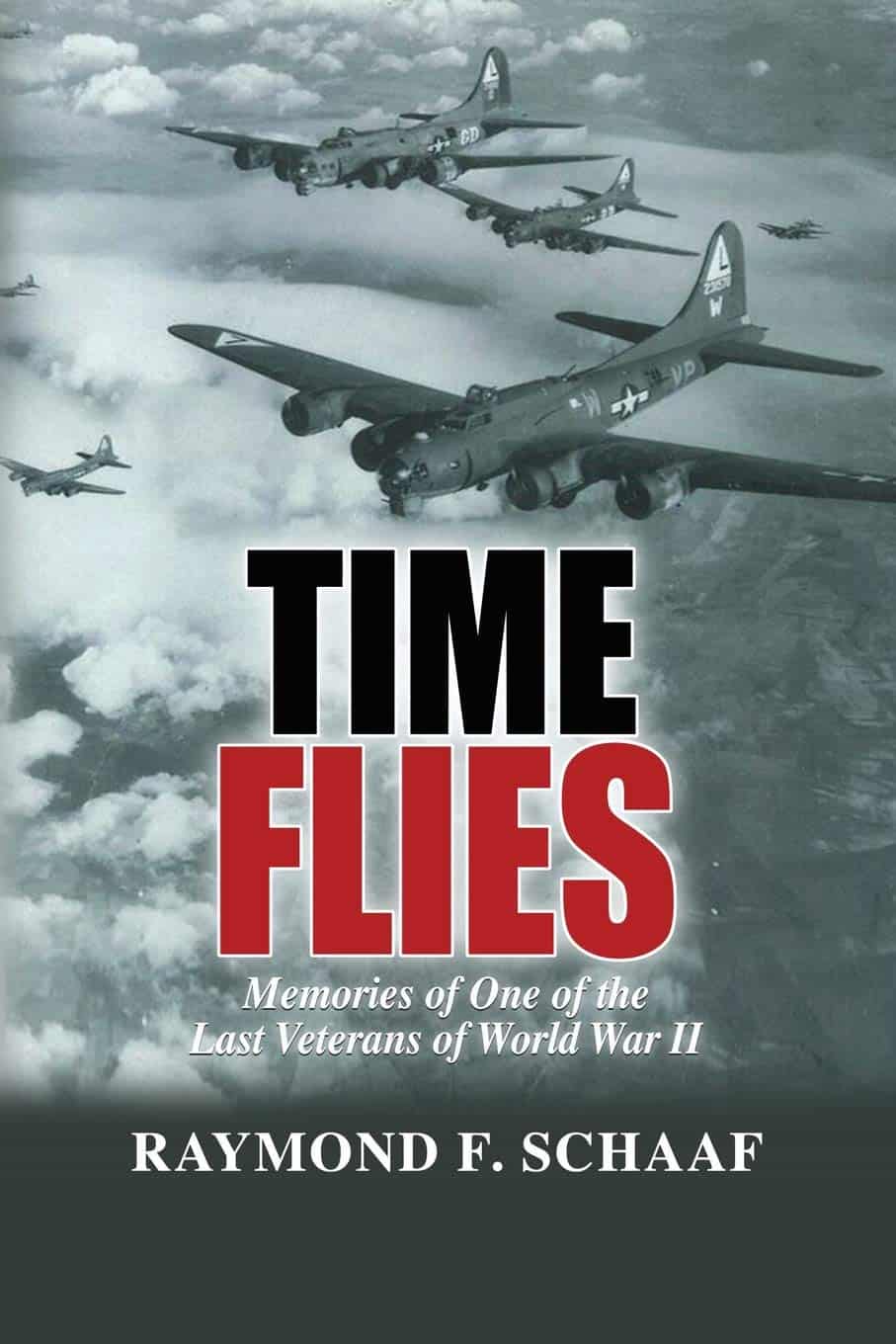 One of my favorite editing projects was Time Flies: Memories of One of the Last Veterans of World War II.  The author, Raymond F. Schaaf, was a delightful ninety-three-old man who looked and acted thirty years younger. He was so excited for the chance to share his story with the world, and working with him and his friend Carolyn Stark was pure pleasure. Carolyn contributed countless hours of research, typing, and editing to help Ray bring his book to fruition. Holding the book in his hands was the achievement of one of his dearest life goals.

Ray added this statement at the end of his book:
“The World War II generation is dying off at the rate of about 487 a day nationwide.” On December 17, 2018, Ray became one of those statistics.

In October, he had traveled to Montana, the only state he hadn’t previously visited. In early December, he had been one of four veterans on an Honor Flight, another goal accomplished.

On December 17, he was dressed and ready to take Carolyn out to celebrate her birthday but went out to get the mail before they left. She heard a thump and opened the door to find him lying dead on the concrete. It appears that he was dead before he hit the floor. He’d had no health problems and had achieved all his final goals.

He will be greatly missed by family and friends, but what a blessing that he ended his life without pain or suffering and that he had accomplished all he dreamed of.

Learn more about this remarkable man in his obituary or read Time Flies: Memories of One of the Last Veterans of World War II.