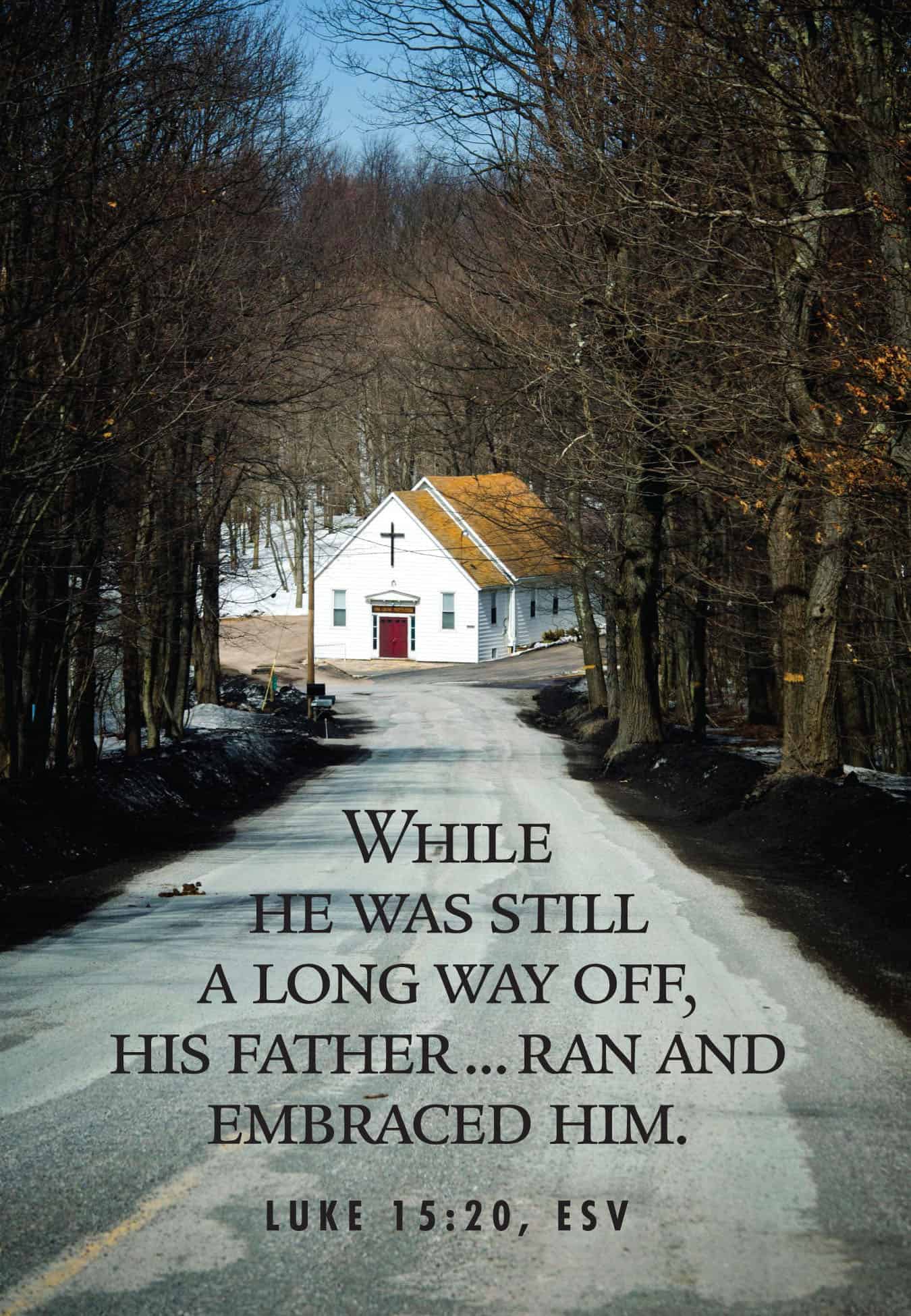 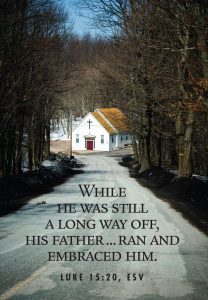 Now all the tax collectors and the sinners were coming near Him to listen to Him. Both the Pharisees and the scribes began to grumble, saying, “This man receives sinners and eats with them.”
And He said, “A man had two sons. The younger of them said to his father, ‘Father, give me the share of the estate that falls to me.’ So he divided his wealth between them. And not many days later, the younger son gathered everything together and went on a journey into a distant country, and there he squandered his estate with loose living. Now when he had spent everything, a severe famine occurred in that country, and he began to be impoverished. So he went and hired himself out to one of the citizens of that country, and he sent him into his fields to feed swine. And he would have gladly filled his stomach with the pods that the swine were eating, and no one was giving anything to him. But when he came to his senses, he said, ‘How many of my father’s hired men have more than enough bread, but I am dying here with hunger! I will get up and go to my father, and will say to him, “Father, I have sinned against heaven, and in your sight; I am no longer worthy to be called your son; make me as one of your hired men.”’ So he got up and came to his father. But while he was still a long way off, his father saw him and felt compassion for him, and ran and embraced him and kissed him. And the son said to him, ‘Father, I have sinned against heaven and in your sight; I am no longer worthy to be called your son.’ But the father said to his slaves, ‘Quickly bring out the best robe and put it on him, and put a ring on his hand and sandals on his feet; and bring the fattened calf, kill it, and let us eat and celebrate; for this son of mine was dead and has come to life again; he was lost and has been found.’ And they began to celebrate.
“Now his older son was in the field, and when he came and approached the house, he heard music and dancing. And he summoned one of the servants and began inquiring what these things could be. And he said to him, ‘Your brother has come, and your father has killed the fattened calf because he has received him back safe and sound.’ But he became angry and was not willing to go in; and his father came out and began pleading with him. But he answered and said to his father, ‘Look! For so many years I have been serving you and I have never neglected a command of yours; and yet you have never given me a young goat, so that I might celebrate with my friends; but when this son of yours came, who has devoured your wealth with prostitutes, you killed the fattened calf for him.’ And he said to him, ‘Son, you have always been with me, and all that is mine is yours. But we had to celebrate and rejoice, for this brother of yours was dead and has begun to live, and was lost and has been found.’” ~ Luke 15:1-3, 11-32

We are all so familiar with the story of the Prodigal Son that’s it’s easy to take it for granted. But I am struck by the response of the older son, the one who stayed home to work with his father while his younger brother was off squandering half of his father’s estate—while his father was still alive. Unfortunately, I see myself in this self-righteous, jealous son. After all, he had been faithful and loyal to his father, had done all the right things—and now his wastrel brother was getting all the attention and being showered with love and gifts from their father. Instead of resentment, he should have felt joy that his brother was safely home. The evil person who repents on his deathbed will be in Heaven with Jesus, with rejoicing from all the heavenly host for his salvation, late as it was. He won’t have to pay for all his evil deeds because Jesus’ atonement on the cross paid for them all, just as His death paid for every bit of evil I have done in my life. Even though I’ve been a Christian my entire life, the person who waited until moments before he was headed for hell to turn his life to God will be right beside me throughout eternity. That gives me hope for people in my life who have still not accepted Jesus—they can still be saved.

Thank You, Lord, that as long as there is breath, there is hope for salvation. Give me a heart for the unsaved and fill me with Your words and actions to share Your Gospel with those who need to hear it. In the name of Jesus Christ. Amen.