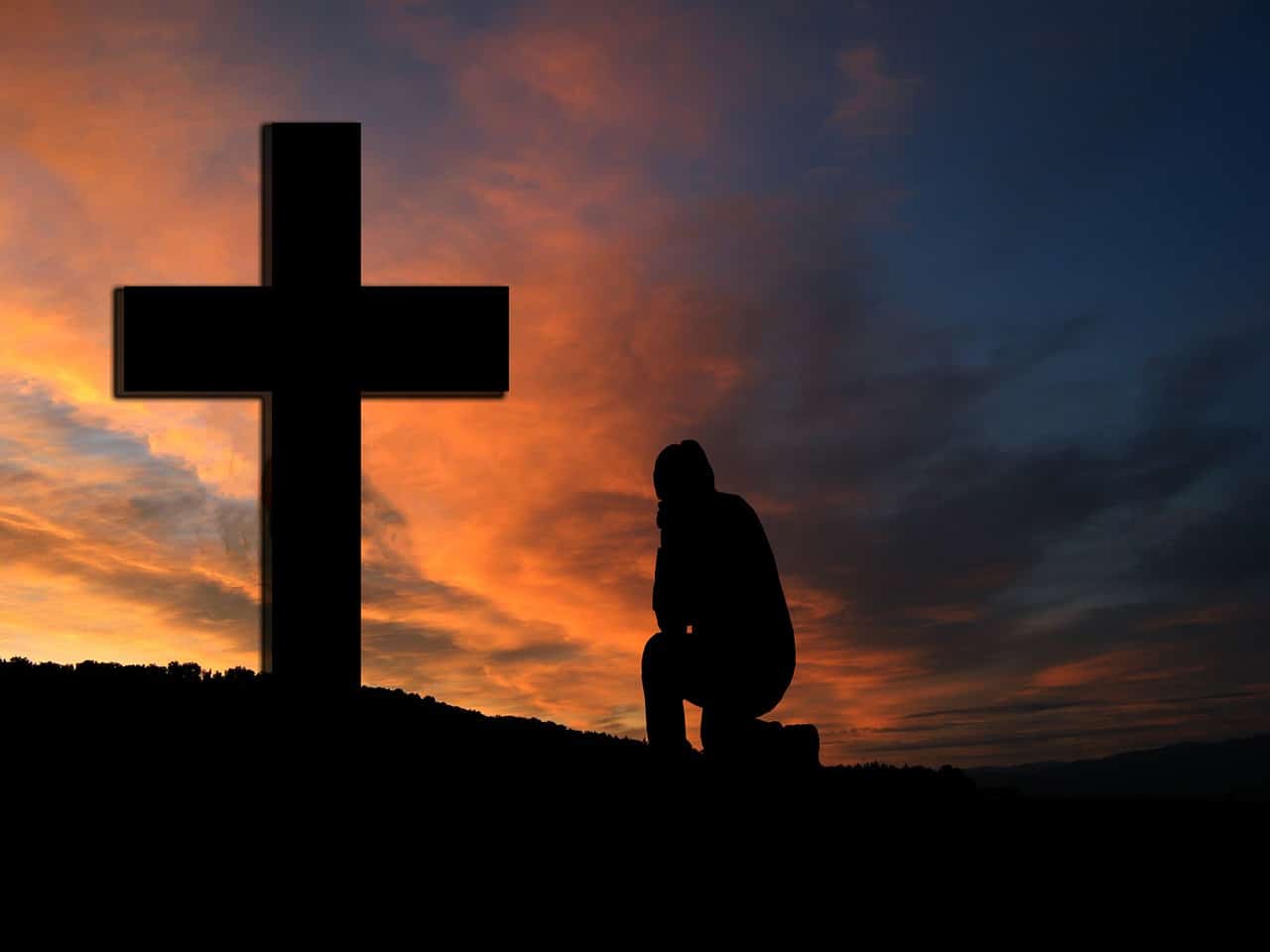 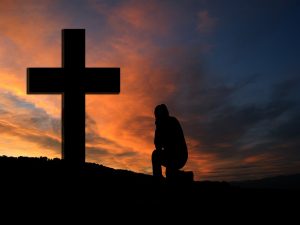 Jesus went out as usual to the Mount of Olives, and his disciples followed him. On reaching the place, he said to them, “Pray that you will not fall into temptation.” He withdrew about a stone’s throw beyond them, knelt down and prayed, “Father, if you are willing, take this cup from me; yet not my will, but yours be done.” An angel from heaven appeared to him and strengthened him. And being in anguish, he prayed more earnestly, and his sweat was like drops of blood falling to the ground.

When he rose from prayer and went back to the disciples, he found them asleep, exhausted from sorrow. “Why are you sleeping?” he asked them. “Get up and pray so that you will not fall into temptation.”

While he was still speaking a crowd came up, and the man who was called Judas, one of the Twelve, was leading them. He approached Jesus to kiss him, but Jesus asked him, “Judas, are you betraying the Son of Man with a kiss?”

When Jesus’ followers saw what was going to happen, they said, “Lord, should we strike with our swords?” And one of them struck the servant of the high priest, cutting off his right ear.

But Jesus answered, “No more of this!” And he touched the man’s ear and healed him.

Then Jesus said to the chief priests, the officers of the temple guard, and the elders, who had come for him, “Am I leading a rebellion, that you have come with swords and clubs? Every day I was with you in the temple courts, and you did not lay a hand on me. But this is your hour—when darkness reigns.”

Then seizing him, they led him away and took him into the house of the high priest. Peter followed at a distance. And when some there had kindled a fire in the middle of the courtyard and had sat down together, Peter sat down with them. A servant girl saw him seated there in the firelight. She looked closely at him and said, “This man was with him.”

A little later someone else saw him and said, “You also are one of them.”

About an hour later another asserted, “Certainly this fellow was with him, for he is a Galilean.”

Peter replied, “Man, I don’t know what you’re talking about!” Just as he was speaking, the rooster crowed. The Lord turned and looked straight at Peter. Then Peter remembered the word the Lord had spoken to him: “Before the rooster crows today, you will disown me three times.” And he went outside and wept bitterly. ~ Luke 22:39-62

Peter was one of Jesus’ inner circle, the first disciple to recognize Jesus as the Messiah, and one of the strongest leaders in the early church. Most of us would like to be like Peter. Yet when Jesus needed him the most, Peter denied Jesus—not once but three times! Even Jesus’ closest disciples failed him, but their failures didn’t cause the spread of the Gospel to fail. And our failures won’t, either.

Thank You, Lord, that You use people who fail You, broken people, imperfect people. I am broken and imperfect, and I fail You far too often, but please use me for Your glory. In the name of Jesus. Amen.