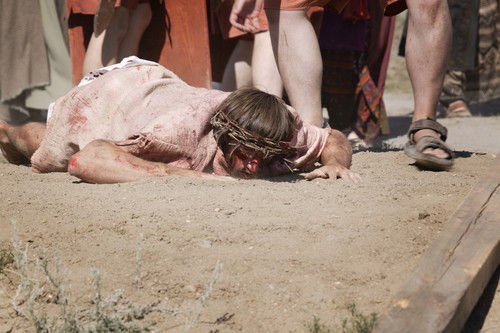 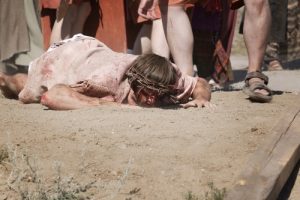 Then the soldiers of the governor took Jesus into the Praetorium and gathered the whole Roman cohort around Him. They stripped Him and put a scarlet robe on Him. And after twisting together a crown of thorns, they put it on His head, and a reed in His right hand; and they knelt down before Him and mocked Him, saying, “Hail, King of the Jews!” They spat on Him, and took the reed and began to beat Him on the head. After they had mocked Him, they took the scarlet robe off Him and put His own garments back on Him, and led Him away to crucify Him. ~ Matthew 27:27-31

The Roman soldiers mocked Jesus with a crown of thorns. If they only knew! He was entitled to a crown of glory as the Ruler of the Universe, King of All Creation, yet they didn’t believe He was King of Jews. Do we recognize Jesus for Who He is? Do we worship Him as Lord of lords and King of kings? Do we put Him first in our lives?

Lord God, I know Jesus is the King of kings and Lord of lords. Forgive me for sometimes putting other things first in my life. Turn my heart to love You above all. In His name. Amen.