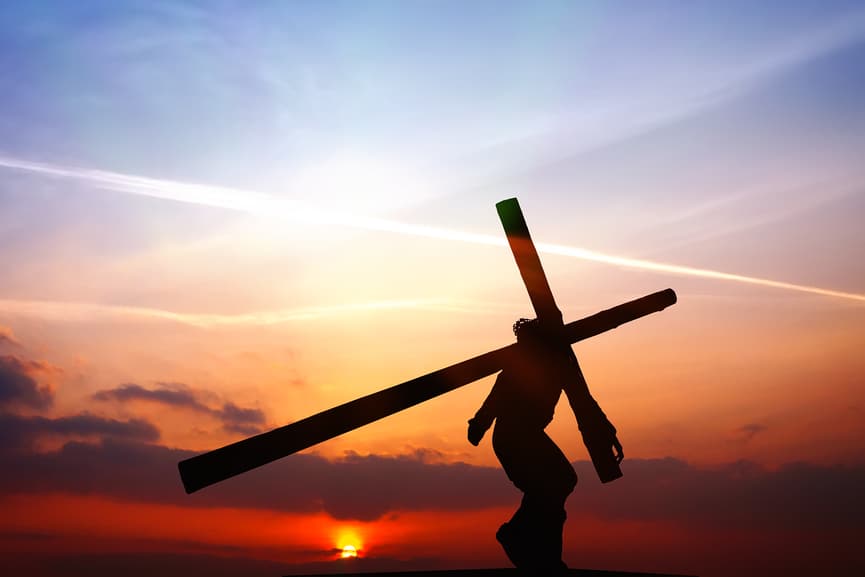 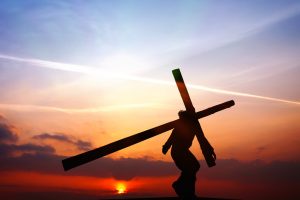 21 They pressed into service a passer-by coming from the country, Simon of Cyrene (the father of Alexander and Rufus), to bear His cross. 22 Then they brought Him to the place Golgotha, which is translated, Place of a Skull. 23 They tried to give Him wine mixed with myrrh; but He did not take it. 24 And they crucified Him, and divided up His garments among themselves, casting lots for them to decide what each man should take. 25 It was the third hour when they crucified Him. 26 The inscription of the charge against Him read, “THE KING OF THE JEWS.” 27 They crucified two robbers with Him, one on His right and one on His left. 28 [And the Scripture was fulfilled which says, “And He was numbered with transgressors.”] 29 Those passing by were hurling abuse at Him, wagging their heads, and saying, “Ha! You who are going to destroy the temple and rebuild it in three days, 30 save Yourself, and come down from the cross!” 31 In the same way the chief priests also, along with the scribes, were mocking Him among themselves and saying, “He saved others; He cannot save Himself. 32 Let this Christ, the King of Israel, now come down from the cross, so that we may see and believe!” Those who were crucified with Him were also insulting Him. ~ Mark 15:21-32 (NASB)

How God the Father must have suffered with Christ, seeing His Beloved Son persecuted, mocked, and crucified. How Jesus must have suffered as He was tortured, humiliated, and murdered. Both of them felt the separation—They Who are One, Who had never been separated—as Jesus became sin to pay for our sins. Without His sacrifice, God’s holiness and justice would have required that we burn forever in Hell. Yet for my sake—and the sake of the whole world—God the Father and God the Son both endured this punishment and sacrifice so that we and all believers can spend eternity in Heaven with Them.

Thank You, God the Father. Thank You, Jesus the Son. God, the Holy Spirit, help me to live the life I was created for. In Jesus’ name. Amen.