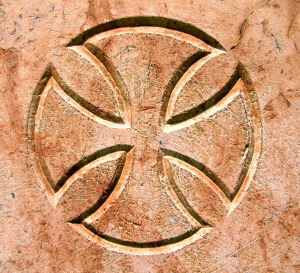 66 As Peter was below in the courtyard, one of the servant-girls of the high priest came, 67 and seeing Peter warming himself, she looked at him and said, “You also were with Jesus the Nazarene.” 68 But he denied it, saying, “I neither know nor understand what you are talking about.” And he went out onto the porch. 69 The servant-girl saw him, and began once more to say to the bystanders, “This is one of them!” 70 But again he denied it. And after a little while the bystanders were again saying to Peter, “Surely you are one of them, for you are a Galilean too.” 71 But he began to curse and swear, “I do not know this man you are talking about!” 72 Immediately a rooster crowed a second time. And Peter remembered how Jesus had made the remark to him, “Before a rooster crows twice, you will deny Me three times.” And he began to weep. ` Mark 14:66-72 (NASB)

Peter’s denial of Christ shows how weak we are without the help of the Holy Spirit. Peter recognized Jesus as the Messiah; he loved Jesus and was sure he would be strong in the time of trial. Yet he denied Jesus not once, but three times in a short time period. When he realized what he had done, he wept.

Heavenly Father, it’s easy for me to condemn Peter, but I deny Jesus, too—not verbally when I’m asked if I’m His follower, but in my actions when I don’t do His will or show His love. Forgive me, Father; open my eyes to recognize and acknowledge my denials, and let me weep in remorse. Give me the help of the Holy Spirit to do Your will and show Your love. In the name of Jesus Christ, my Lord and Savior, who lives and reigns with You and the Holy Spirit, now and forever, world without end. Amen.