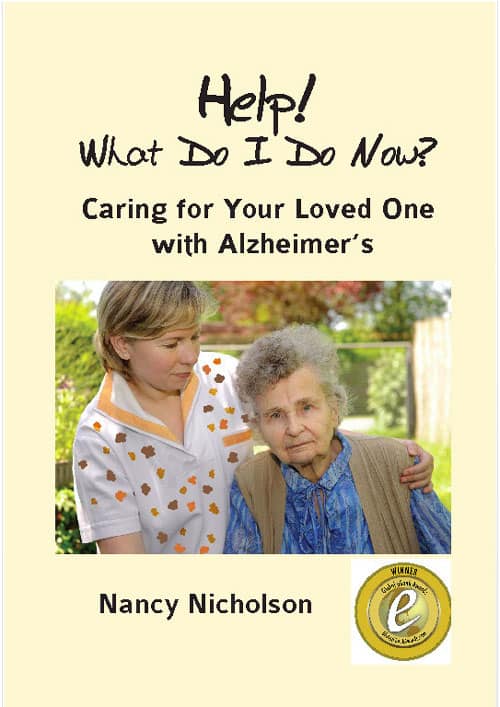 My grandfather died with Alzheimer’s or some form of dementia when I was twelve years old. Even doctors didn’t know much about the disease then, and Grandpa was diagnosed with “hardening of the arteries.” He became violent and had to be committed to the state mental hospital for the safety of himself and others. My father developed Alzheimer’s in his 70s, and adult family members recognized that he was exhibiting many of the same symptoms as my grandfather had four decades earlier. Doctors are recognizing the disease now because it is so much more prevalent than it used to be because people are living longer. Although some patients develop the disease earlier in life, age is the main risk factor for Alzheimer’s. My husband also developed Alzheimer’s in his 70s and died at age 79.

The fact that currently nothing can be done to effectively treat patients with the disease makes it very difficult to deal with, and the way it destroys the individual’s personality and both physical and cognitive abilities makes it even harder. Imagine that, like a dear friend of mine, you have been married to the love of your life for more than sixty years, and now your spouse even doesn’t know who you are. Think how you  would feel if the person you loved most in the world believed that, rather than caring for them, you are plotting against them, stealing from them, even trying to poison them with the food you prepare and the medicine you administer.

This is the reality faced by millions of caregivers. Just like an infant, a person with advanced dementia  requires constant care and cannot be left alone. Caregiving is physically and emotionally stressful and exhausting. Family members and friends who care for loved ones with dementia do so out of love and commitment, and most would say, as I do, that caring for someone you love is an honor and a blessing. Even so, it is still challenging. 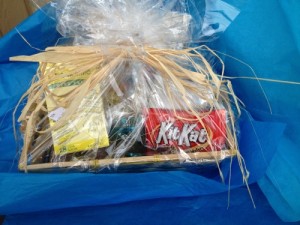 If you know a caregiver, recognize him or her during November. You can write an online tribute, send a personal note, arrange for respite care for the dementia patient and take the caregiver to lunch, or give the caregiver a gift to pamper and relax him or her.

The pictured basket from Lil Country Store includes the book Help! What Do I Do Now?: Caring for Your Loved One with Alzheimer’s, a mug and herbal teas, Life Savers, a Kit Kat bar (for a “break”), and a candle and candle holder. The book, which is short and easy-to-read, contains practical information for caregivers, and the other items will give the caregiver a short, soothing break.

You don’t have to spend a lot of money—just show your appreciation and respect for what the caregiver does.