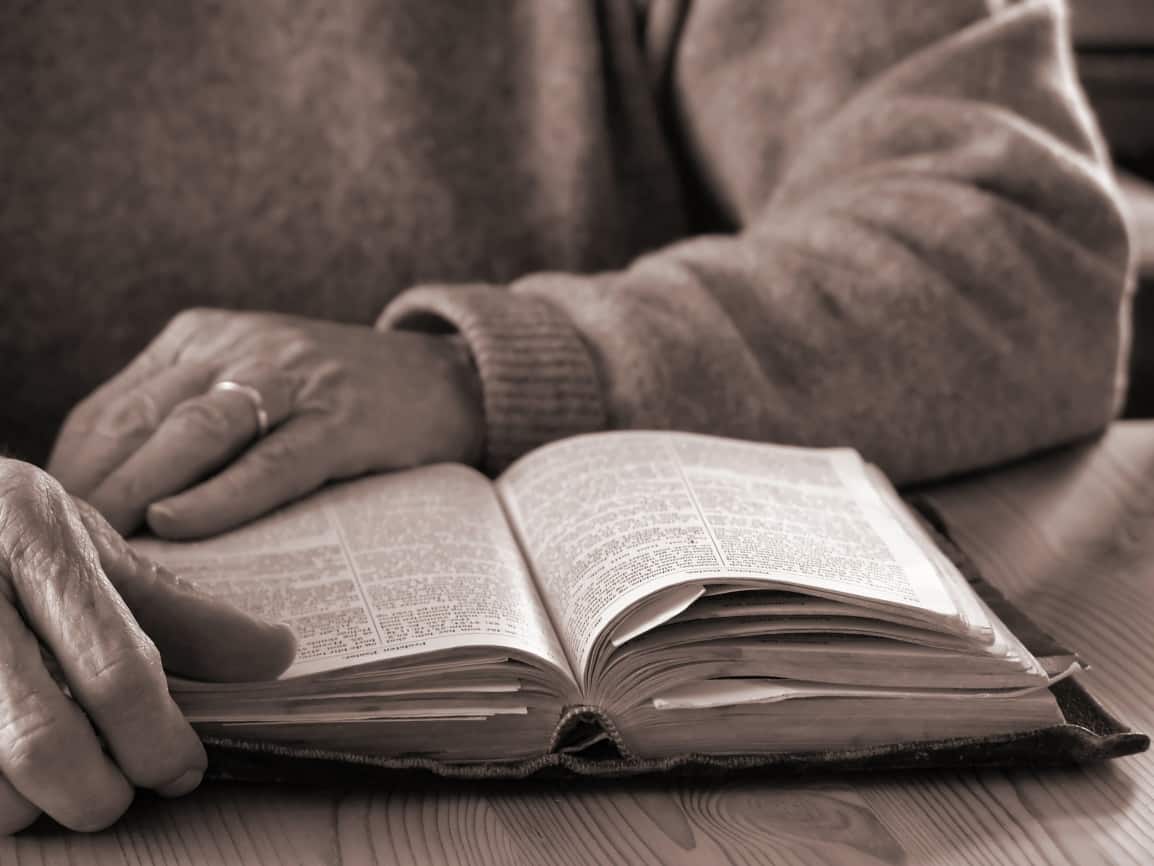 When I stand before the eternal judgement seat, I want to hear the words, “Well done, good and faithful slave.” That won’t happen if I live my life “my way.” That will happen only if if I use my God-given talents (however great or small) to do His will, not my will.  That will happen only if I read, know, and do God’s Word, found in the Holy Bible.

14 “For it is just like a man about to go on a journey, who called his own slaves and entrusted his possessions to them. 15 To one he gave five talents, to another, two, and to another, one, each according to his own ability; and he went on his journey. 16 Immediately the one who had received the five talents went and traded with them, and gained five more talents. 17 In the same manner the one who had received the two talents gained two more. 18 But he who received the one talent went away, and dug a hole in the ground and hid his master’s money.

19 “Now after a long time the master of those slaves *came and *settled accounts with them. 20 The one who had received the five talents came up and brought five more talents, saying, ‘Master, you entrusted five talents to me. See, I have gained five more talents.’ 21 His master said to him, ‘Well done, good and faithful slave. You were faithful with a few things, I will put you in charge of many things; enter into the joy of your master.’

22 “Also the one who had received the two talents came up and said, ‘Master, you entrusted two talents to me. See, I have gained two more talents.’ 23 His master said to him, ‘Well done, good and faithful slave. You were faithful with a few things, I will put you in charge of many things; enter into the joy of your master.’

24 “And the one also who had received the one talent came up and said, ‘Master, I knew you to be a hard man, reaping where you did not sow and gathering where you scattered no seed. 25 And I was afraid, and went away and hid your talent in the ground. See, you have what is yours.’

26 “But his master answered and said to him, ‘You wicked, lazy slave, you knew that I reap where I did not sow and gather where I scattered no seed. 27 Then you ought to have put my money in the bank, and on my arrival I would have received my money back with interest. 28 Therefore take away the talent from him, and give it to the one who has the ten talents.’

29 “For to everyone who has, more shall be given, and he will have an abundance; but from the one who does not have, even what he does have shall be taken away. 30 Throw out the worthless slave into the outer darkness; in that place there will be weeping and gnashing of teeth.

DIRECT us, O Lord, in all our doings, with thy most gracious favour, and further us with thy continual help; that in all our works begun, continued, and ended in thee, we may glorify thy holy Name, and finally, by thy mercy, obtain everlasting life; through Jesus Christ our Lord. Amen. (1928 Book of Common Prayer)