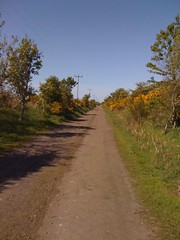 Most of us tend to overuse certain words and phrases. Sometimes we recognize the problem.  I often reply to comments with “I’m glad you found the post helpful/useful/valuable.” I know I’m repeating myself, but few blog visitors read comments and those that do probably read the comments on a single post rather than on multiple posts. So readers may not notice the repetition of an expression that I use a lot because, unlike many overused expressions, it says what I mean.

Often, however, we don’t even realize we are repeating ourselves. Someone else can pick up our overused expressions easier than we are ourselves—that’s one of many reasons having other people read your work can improve it. A couple of  advance readers of Dream or Destiny pointed out how often I used the word “rage,” often when it wasn’t a good description of the character’s emotions. I searched for the word and was amazed at how many times I’d used it. Replacing that repeated—and often inaccurate word—with a variety of other words made the book much stronger.

I first noticed it in a popular novel written by a best-selling author and published by a large, traditional publisher. It went something like this:

Of course, this is what my husband Jack calls “embellished for effect.” However, “make a way,” “made her way,” or some variation appeared every few pages. The story was great, but I almost quit reading the book because the repetition of that phrase distracted me so much. How did the overuse of that phrase escape the editors?

After I finished the book, I started to edit a nonfiction book manuscript. I found the author “making his way” repeatedly. So I took a break from that job to do a sample edit for a client wanting a quote for editing a novel.

Yep, in the five pages I edited as a sample, I pointed out nearly a dozen repititions of “make  a way.”

Am I seeing blue cars (“making a way”)  just because I saw so many in that first novel or is everybody “making their” way time and again today?

Whether it’s “making our way” or “rage” or another overused expression, we strengthen our writing when we eliminate repetitions of the same word or phrase.