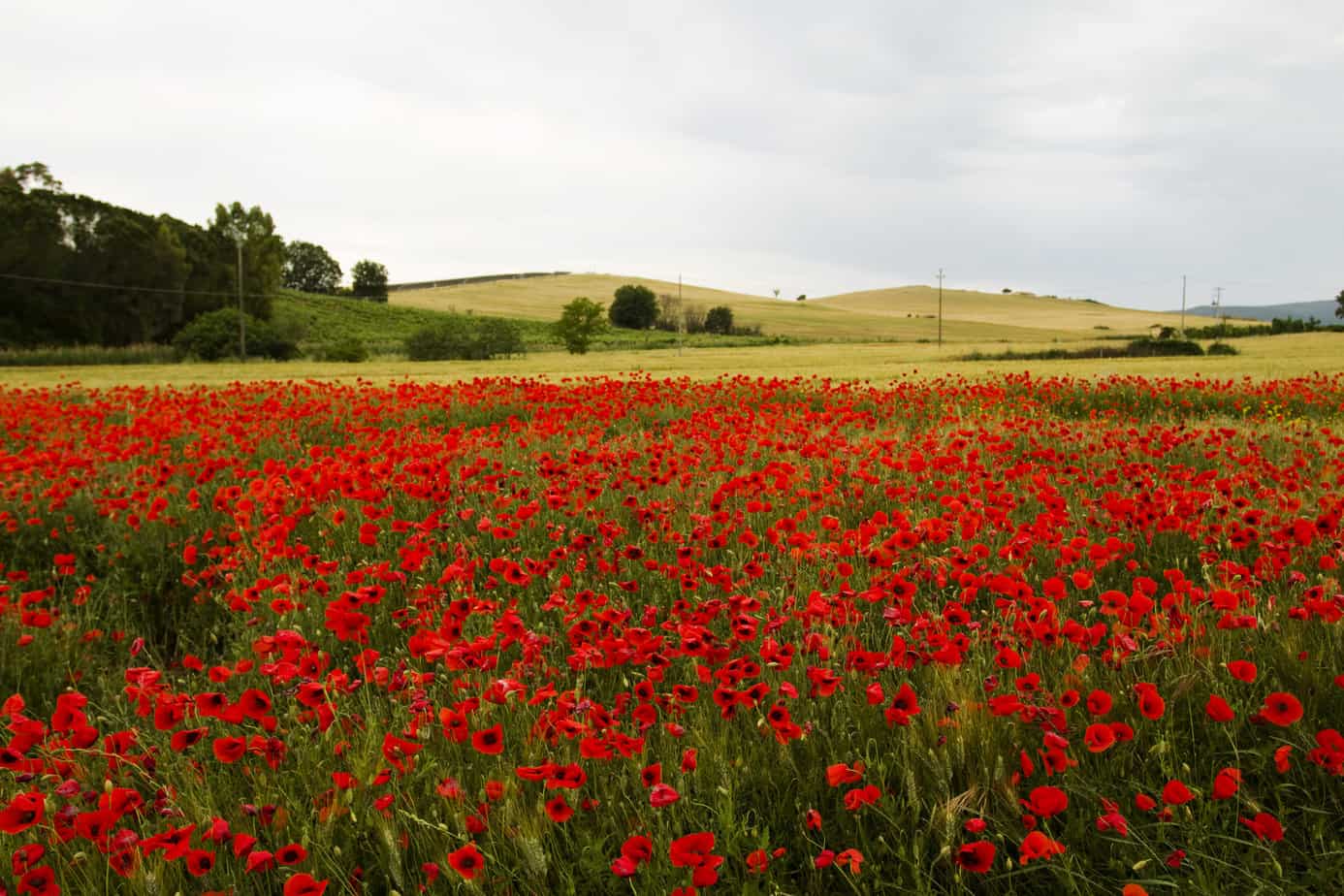 When I was a child, my father, a veteran of World War II, was active in the local American Legion chapter, and my mother volunteered in the Auxiliary. I remember her selling fabric poppies every year for Memorial Day for people to wear to remember and honor those lost in serving their country and to raise money for programs for veterans. We often heard the poem “In Flanders Fields” read or recited as well.

The poem was written by a Canadian military surgeon, Lieutenant Colonel John McCrae, during World War I. The landscape of Western Europe was devastated by the battles of the war, and McCrae saw firsthand the devastation the war wreaked on soldiers. Yet he was struck with seeing red flowers, the poppy—commonly considered a weed—pushing up through the destroyed ground and covering the graves of those who had died in battle. History.com describes how the poppy eventually became a common symbol of remembrance in many countries of the world.

Let us remember this weekend those who have died in service to our country to preserve our freedoms. Today is specifically to remember those who gave their lives; Veterans Day is the day to honor those who served but returned home.

In Flanders fields the poppies blow
Between the crosses, row on row,
That mark our place; and in the sky
The larks, still bravely singing, fly
Scarce heard amid the guns below.

We are the Dead. Short days ago
We lived, felt dawn, saw sunset glow,
Loved and were loved, and now we lie
In Flanders fields.

Take up our quarrel with the foe:
To you from failing hands we throw
The torch; be yours to hold it high.
If ye break faith with us who die
We shall not sleep, though poppies grow
In Flanders fields.