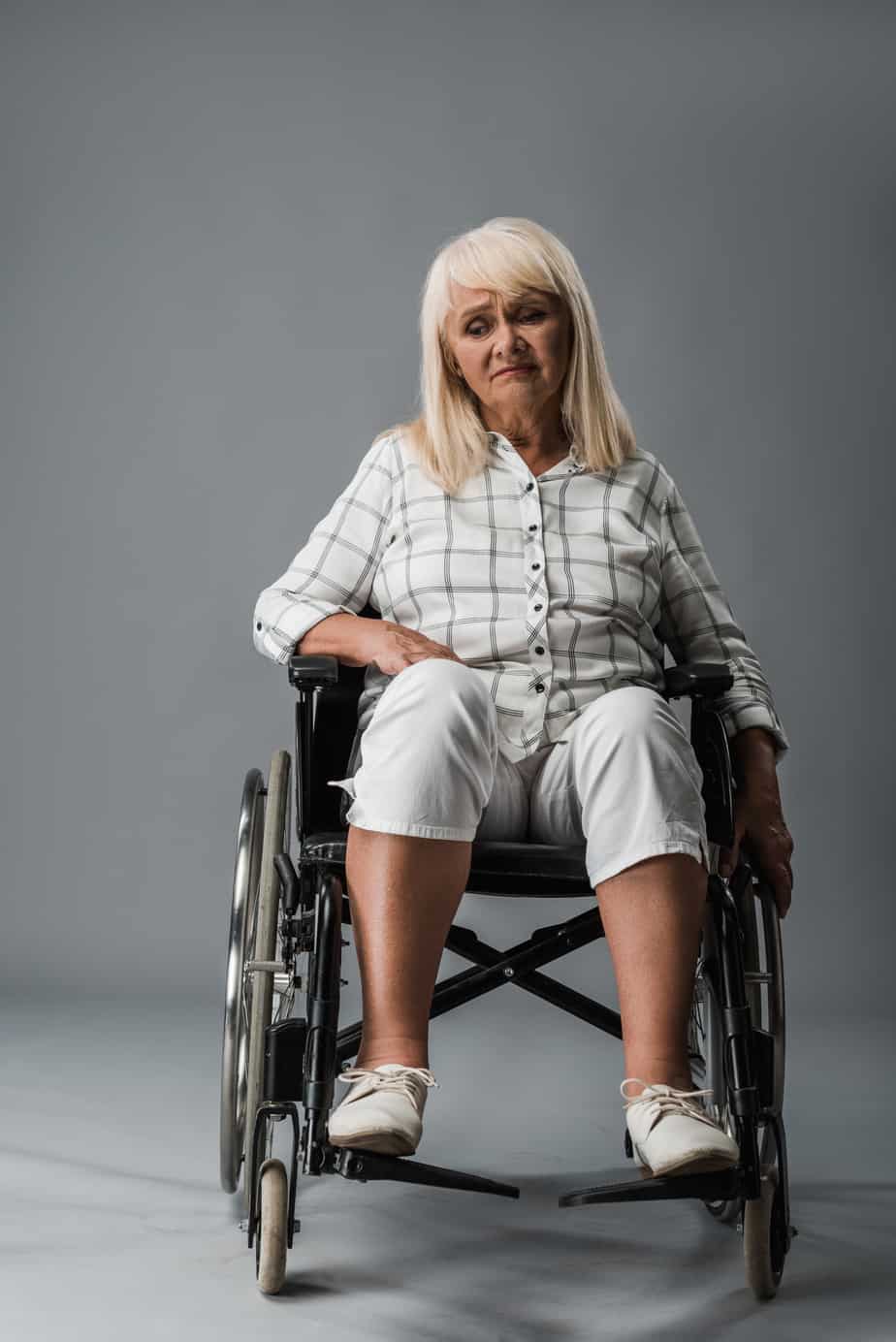 I had a strange dream the other night. I was driving down a country road and my sisters were following me in a car behind mine. We arrived in the place that in dream was the town of Helotes, but it was on the opposite side of San Antonio from the real Helotes and looked nothing like it. My sisters and I went inside a building for a meeting of the Helotes Chamber of Commerce (which I’ve never heard of before). However, I decided I didn’t want to attend the meeting and left. When I got outside, I realized I didn’t have my purse or car keys, so I figured I would just walk home. I haven’t been able to walk much for many years, but I often dream of walking long distances.

I started walking along the side of the highway in afternoon drive time traffic. I walked and walked and walked and finally the road led into a hotel on a floor filled with guest rooms—no public areas and no signage. I saw a lady getting into the elevator and realized elevator access was only by key, so I asked if I could join her. I was going to throw myself on the mercy of someone at the front desk of the hotel to beg them to let me make a phone call either to my sisters or to my husband (who has been dead seven years) to come pick me up.

Then I woke up.

But the dream reminded me of a time I really was lost. It was the first trip I took after my stroke. I was traveling with my friend Grace Anne to a romance writers conference in New York City. Grace Anne flew from Austin, and I flew from San Antonio. We met in Atlanta and boarded our plane. I rode my motorized scooter to the door of the plane and walked to my seat, holding on the backs of the seats along the way. The scooter was then loaded in the cargo section and would be returned to me upon arrival at our destination.

After we boarded, the pilot announced that there would be a delay because the landing gear wasn’t working. But since it would take only a short while to fix it, we would stay on the plane so we could depart as soon as the repair was complete. After an hour, the pilot made another announcement: the problem couldn’t be repaired. All tickets had been cancelled. Passengers had to go to ticket counter and book another flight. Since I had to wait for someone to bring a wheelchair, I was the last passenger off the plane. Grace Anne had gone ahead to rebook us.

However, when we got into the terminal, an agent told the person pushing my wheelchair that they had already rebooked my flight. I just needed to pick up my ticket at a counter a short distance from the one with the long line. When I told them I was traveling with a friend, they rebooked Grace Anne on the same flight and pulled her from the line. They asked if I could walk a few steps as the gate for the new flight was across the tarmac. Someone would drive us in a car, but I would have to walk from the car to the elevator lobby to take the elevator to the upper level. I could do that.

When the driver got us to the other side of the tarmac, he pulled away as soon as we closed the car door. We got inside to a tiny lobby that had an elevator and a flight of stairs and nothing else. There was a sign on the elevator: Out of Order. I leaned against the wall for support, while Grace Anne went up the stairs to find help. Soon the elevator descended. The technician inside said, “This isn’t working well enough to open it to the public, but I can get you upstairs.”

When we reached the next level, Grace Anne was nowhere in sight, but a skycap was waiting with a wheelchair. I asked to look for my friend, but the skycap said all flights were grounded because of weather, and other people were waiting for wheelchairs, so we had to go immediately.

Grace Anne was carrying my purse and ticket because I had a hard time just managing myself. So I gave the skycap the gate number that I remembered. She pushed me very fast through the terminal, all the while reminding that I needed to give her a tip. “I don’t have any money,” I said. “My friend has my purse, and you wouldn’t let me look for her. Without finding her, I can’t give you a tip.” She berated me for the whole trip, which was blessedly short because she was moving so fast. We got to a gate, I transferred from the wheelchair to a seat, and she took off to find someone who would give her a tip.

After several minutes, the agent called the flight. It was not my flight. I was at the wrong gate. I was sitting on the outside row of chairs facing the corridor, and I saw an agent walking up to the counter at the empty gate across from me. I spent every ounce of energy I had to walk across the corridor and lean on the counter. “You have to help me,” I said and explained the situation. She looked up the information on her terminal and called for a passenger cart to take me to the correct gate. Along the way, I saw Grace Anne and asked the driver to stop and pick her up.

We had each started the day early without breakfast, and by now, it was past lunchtime. However, the flight was scheduled to leave shortly so we didn’t risk taking time to find something to eat. Then the flight was delayed, over and over again. Each time we were promised it would be for only a short while, so we stayed there. I couldn’t have gone anywhere since there wasn’t a wheelchair in sight. So many flights were delayed and changed that lots of folks needed wheelchairs. We considered having Grace Anne go to find food and bring it back, but we were afraid she would miss the flight if she left.

Finally we boarded. The flight itself was uneventful, but, of course, when we arrived about six hours late, the wheelchair van I had arranged to meet us to take us to the hotel was not there. I had to call the company for another van and wait until one was available. We were enroute from the airport to the hotel in afternoon rush hour, and looking down from the higher van to the traffic below was scary.

Finally we arrived at the hotel and checked in. We had ordered theater tickets as part of the conference package and should have picked them up at registration. But we were so late, registration was closed. I went to the room with the bellhop while Grace Anne searched for the tickets. Soon, she called me to say that she was at the theater and the tickets were at will-call. All I had to do was scoot over to the theater, which was two doors down from the hotel. I arrived, parked the scooter in a designated area, and walked down the aisle to our excellent seats near the front, holding onto seatbacks for support. We had barely sat down when the curtain rose on Les Miserables.

Three hours later, we headed back to the hotel. I told Grace Anne, “I know room service is outrageous here, but I can’t sit up for another minute. And I have to eat!” Neither of us had eaten anything all day. We could have gotten a fantastic steak at home for the price of the dinky little hamburger, but at that point, we were both so exhausted and hungry that we thought it was wonderful.

The next day, the conference started. I’ve documented that experience in a previous blog post. In spite of the terrible trip and the difficulties with access at the conference, I was glad I went. I learned a lot and enjoyed meeting other writers, from beginners like me to well-known, bestselling authors. But I’ll never forget being lost alone in the Atlanta airport.

Although we may be hopelessly lost in a dream or temporarily lost in the physical world, praise God that none of us ever has to worry about being lost eternally.

“What man of you, having a hundred sheep, if he has lost one of them, does not leave the ninety-nine in the open country, and go after the one that is lost, until he finds it? And when he has found it, he lays it on his shoulders, rejoicing. And when he comes home, he calls together his friends and his neighbors, saying to them, ‘Rejoice with me, for I have found my sheep that was lost.’ Just so, I tell you, there will be more joy in heaven over one sinner who repents than over ninety-nine righteous persons who need no repentance.”

If we allow ourselves to be found, if we open our hearts and repent of our sins, the Good Shepherd will find us and bring us home, carrying us on His shoulders.

Thank You, Lord, that Jesus is the Good Shepherd. When we wander around lost, alone in a terrifying world, He will seek us out. He will carry us on His shoulders home. Although I never want to go astray, I am so thankful that I never have to stay lost or try to find my way on my own. Keep me with Your sheep, and if I am ever lost, open my heart to the Good Shepherd to carry me home. In the name of Jesus Christ, the Good Shepherd, my Lord and Savior. Amen.