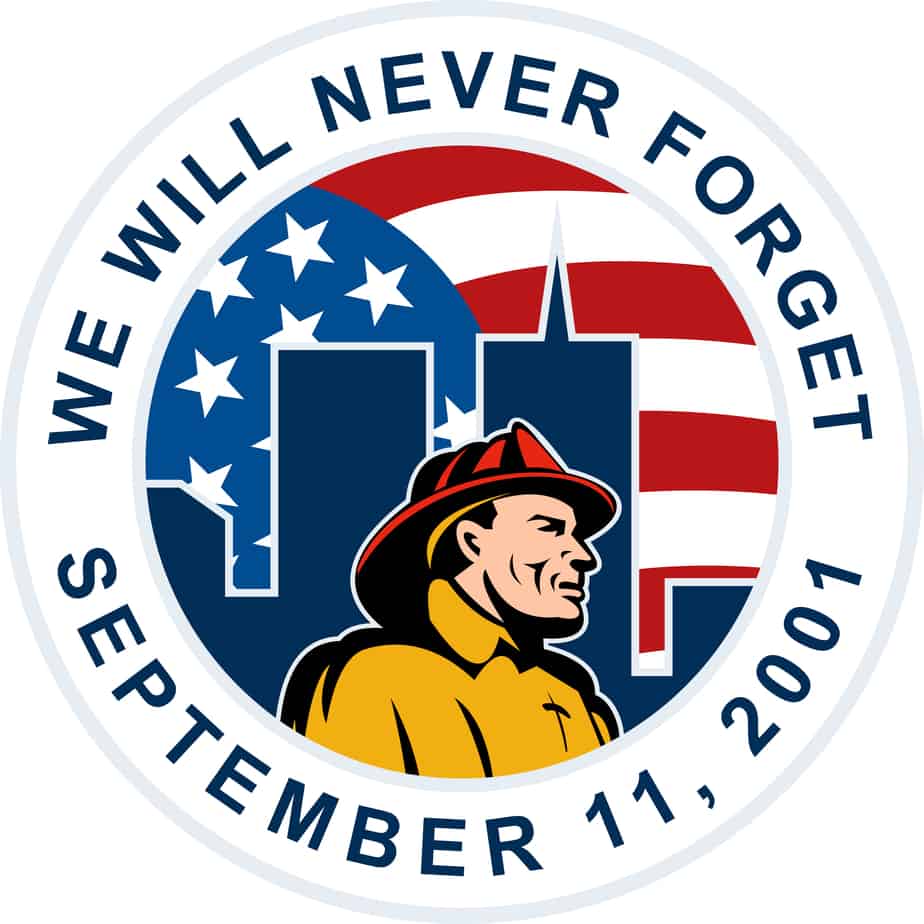 Eighteen years ago, on September 11, 2001, I was headed out the door for a job interview. My husband, Jack, was driving a school bus. He called me and told me that a plane had crashed into one of the Twin Towers in New York City. I thought it was sad, but I didn’t realize it would be a tragedy of such huge magnitude.

I met the man who was starting a new business in a coffee shop and discussed the opportunity. All around us, people were eating breakfast, drinking coffee, and carrying on mundane conversations. I am amazed that no one recognized what was going on. When I got home, I turned on the television and learned that it wasn’t an incompetent pilot who accidentally strayed into the wrong place and hit the tower. It was a well-planned-and-executed terrorist attack. Thousands of innocent people who were just going about their normal day died in the attack. Those of us who lived thousands of miles away mourned their loss even though we didn’t know any of them.

But as we mourned the deaths and destruction, we lauded our heroes. More than 400 emergency workers—firefighters, police officers, emergency medical technicans, and paramedics—gave their lives trying to save people in the destroyed buildings. In the last eighteen years, more than 200 other emergency workers have died from 9/11-related illnesses. Many more continue to suffer illnesses from their exposure to toxins and traumatic injury in their service on 9/11. The sacrifices of these noble heroes saved countless lives. As horrific as the tragedy was, it could have been even more terrible if these brave and selfless emergency workers did not risk their own lives to save others.

One of these heroes is Stephen Siller. He had just finished his shift as a firefighter and was on his way to play golf with his brothers. When he heard that a plane had hit one of the World Trade Center towers, he returned to his squad for his gear and headed toward the tower. When he discovered that the Brooklyn Battery Tunnel was closed, he ran through the tunnel with sixty pounds of gear on his back. He joined his fellow firefighters and lost his life saving others.

Stephen had everything to live for; a great wife, five wonderful children, a devoted extended family, and friends. Stephen’s parents were lay Franciscans and he grew up under the guiding philosophy of St. Francis of Assisi, whose encouraging and inspirational phrase “while we have time, let us do good” were words that Stephen lived by. Stephen’s life and heroic death serve as a reminder to us all to live life to the fullest and to spend our time here on earth doing good – this is his legacy.

And heroes beget more heroes. Thirteen members of the latest class for new Fire Department of New York firefighters are children of 9/11 heroes. Four children from one family are now following in their hero father’s footsteps.

We will never forget 9/11. Let us honor the memories of those who died, care for those who survived by still suffer after-effects, and follow the examples of the heroes who make us all proud to be Americans.