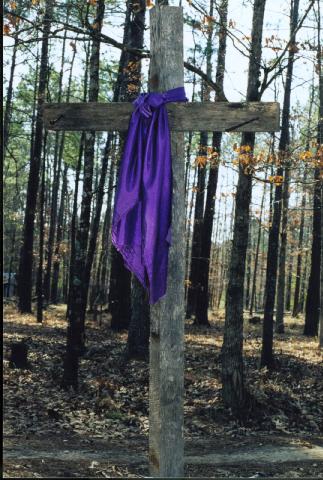 Now the men who were holding Jesus in custody were mocking him as they beat him. They also blindfolded him and kept asking him, “Prophesy! Who is it that struck you?” And they said many other things against him, blaspheming him.
When day came, the assembly of the elders of the people gathered together, both chief priests and scribes. And they led him away to their council, and they said, “If you are the Christ, tell us.” But he said to them, “If I tell you, you will not believe, and if I ask you, you will not answer. But from now on the Son of Man shall be seated at the right hand of the power of God.” So they all said, “Are you the Son of God, then?” And he said to them, “You say that I am.” Then they said, “What further testimony do we need? We have heard it ourselves from his own lips.                        ~ Luke 22:63-71

The religious leaders had centuries of prophecy about the coming Messiah, but they didn’t recognize Him when He appeared. He knew they wouldn’t believe Him because they didn’t want to lose any of their power. They accused Him of blasphemy to protect their own positions.

Lord God, let me always believe Jesus and Your Word over man-made rituals and power structures. Jesus is the Way, the Truth, and the Life—no one comes to You except by Him. In His name. Amen.