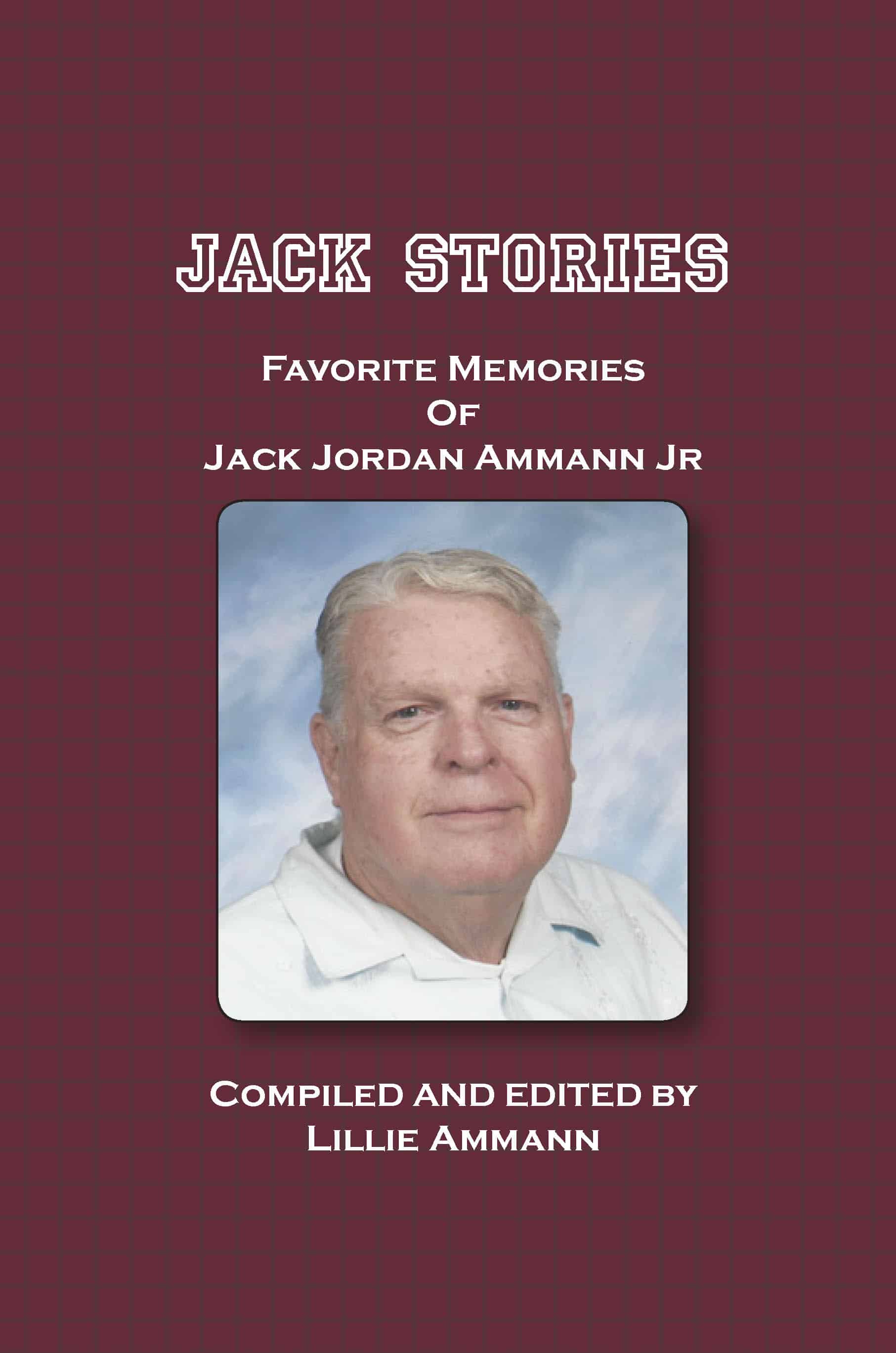 Today my beloved husband would have turned eighty-six years old. In honor of the occasion, I’m sharing a couple of anecdotes from the book I compiled—Jack Stories: Favorite Memories of Jack Jordan Ammann Jr.

A Jack by Any Other Name

Jack liked to use his full name: Jack Jordan Ammann Jr. But to his family he was always “Jackie” as he was called in childhood. He also identified himself in other ways, depending on the circumstances. Since he always wore an Aggie tee-shirt, if he called someone who might not immediately recognize his name, he would identify himself as “Aggie Jack.” When Lillie owned the interior landscape company, Jack handled the accounts payable and receivable. Whenever he talked to a vendor or a customer, he identified himself as “Jack Ammann, Mr. Lillie.” After Lillie sold the plant company and became a freelance writer and editor, Jack introduced himself to her clients as “Mr. Lillie.”

Jack loved to tell people he was born at the insane asylum. His grandparents worked at the San Antonio State Hospital, called the insane asylum in those days before political correctness. His mother went into labor while visiting her parents, and the hospital doctor delivered Jack at the state hospital.

One of his favorite jokes was about a man who was changing a tire on his car beside the road outside the state hospital. Patients were hanging on the fence, staring out at the world beyond the hospital. The motorist was having trouble getting the lug nuts loose, and one of the patients called out, “You’re turning them the wrong way.” The man changed direction and the lug nuts came loose immediately. He asked the patient who had pointed out his problem, “How did you know what I was doing wrong?” The patient answered, “We’re crazy in here—not stupid.”

If you’d enjoy more such stories, read Jack Stories, which I compiled from my own memories and from stories told by many friends and family.