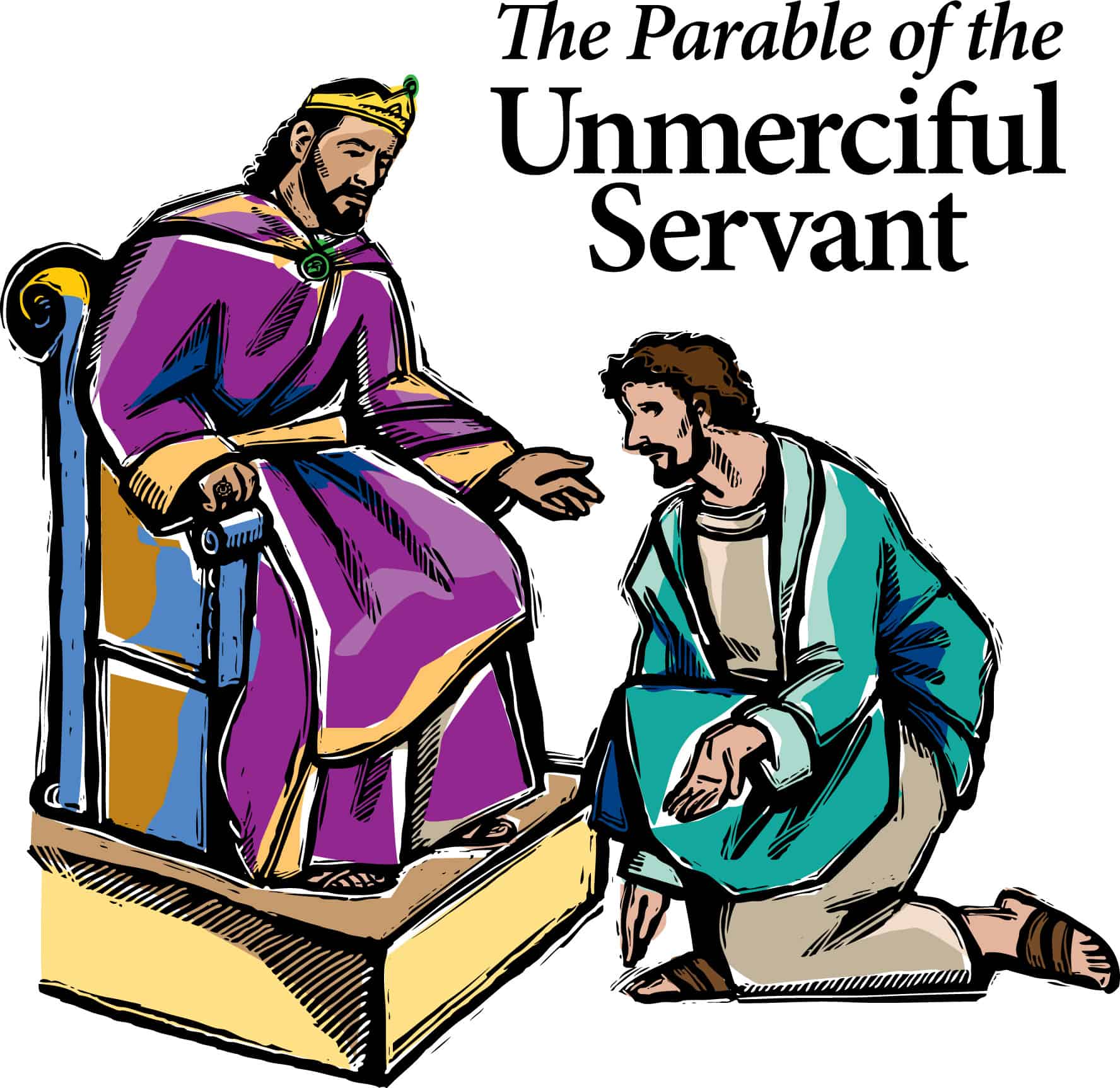 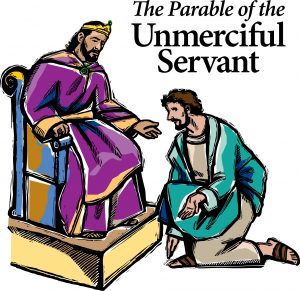 Then Peter came and said to Him, “Lord, how often shall my brother sin against me and I forgive him? Up to seven times?” Jesus said to him, “I do not say to you, up to seven times, but up to seventy times seven.
“For this reason the kingdom of heaven may be compared to a king who wished to settle accounts with his slaves. When he had begun to settle them, one who owed him ten thousand talents was brought to him. But since he did not have the means to repay, his lord commanded him to be sold, along with his wife and children and all that he had, and repayment to be made. So the slave fell to the ground and prostrated himself before him, saying, ‘Have patience with me and I will repay you everything.’ And the lord of that slave felt compassion and released him and forgave him the debt. But that slave went out and found one of his fellow slaves who owed him a hundred denarii; and he seized him and began to choke him, saying, ‘Pay back what you owe.’ So his fellow slave fell to the ground and began to plead with him, saying, ‘Have patience with me and I will repay you.’ But he was unwilling and went and threw him in prison until he should pay back what was owed. So when his fellow slaves saw what had happened, they were deeply grieved and came and reported to their lord all that had happened. Then summoning him, his lord said to him, ‘You wicked slave, I forgave you all that debt because you pleaded with me. Should you not also have had mercy on your fellow slave, in the same way that I had mercy on you?’ And his lord, moved with anger, handed him over to the torturers until he should repay all that was owed him. My heavenly Father will also do the same to you, if each of you does not forgive his brother from your heart.” ~ Matthew 18:21-35

We’re always glad that God’s capacity to forgive us is infinite. Seventy times seven doesn’t begin to cover how many times God forgives us—over and over and over again. Yet when someone repeatedly hurts us, we don’t want to keep forgiving. Often we don’t even want to forgive one time. I know of a family situation in which one person was badly hurt by her siblings. Although they had not intended to hurt her and begged her forgiveness, she refused—she was convinced that the hurt was unforgivable. Thanks be to God that He never finds anything we do unforgivable.

Lord God, help me to pattern the way I forgive after Jesus, who when He was unjustly hanging on the cross for our sins, forgave those who put Him there. I want to be that forgiving, but I can’t do it under my own power. So please help me. In the name of Jesus Christ. Amen.