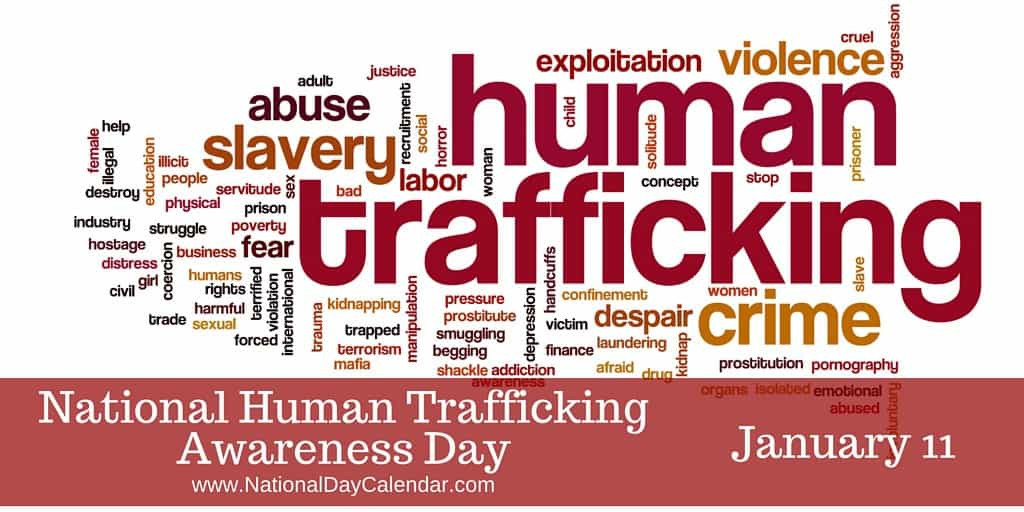 Today is National Human Trafficking Awareness Day. We like to think that slavery was abolished a century and a half ago. Unfortunately, slavery still exists around the world–even in the United States.

According to End Slavery Now,

There are an estimated 20.9 Million people trapped in some form of slavery today. It’s sometimes called “Modern-Day Slavery” and sometimes “Human Trafficking.” At all times it is slavery at its core.

The United Nations defines human trafficking as the recruitment, transportation, transfer, harboring, or receipt of persons by improper means (such as force, abduction, fraud, or coercion) for an improper purpose including forced labor or sexual exploitation.

The Department of Homeland Security encourages individuals to join the fight to bring an end to trafficking. Learn more about how you can help at the Blue Campaign.