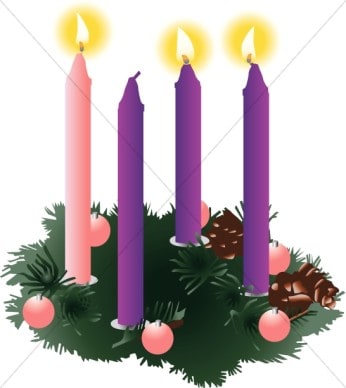 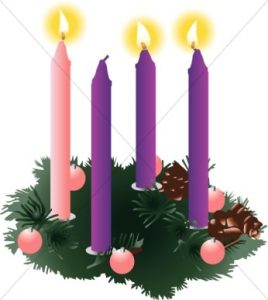 And Mary said:
“My soul exalts the Lord,
And my spirit has rejoiced in God my Savior.
“For He has had regard for the humble state of His bondslave;
For behold, from this time on all generations will count me blessed.
“For the Mighty One has done great things for me;
And holy is His name.
“And His mercy is upon generation after generation
Toward those who fear Him.
“He has done mighty deeds with His arm;
He has scattered those who were proud in the thoughts of their heart.
“He has brought down rulers from their thrones,
And has exalted those who were humble.
“He has filled the hungry with good things;
And sent away the rich empty-handed.
“He has given help to Israel His servant,
In remembrance of His mercy,
As He spoke to our fathers,
To Abraham and his descendants forever.”
And Mary stayed with her about three months, and then returned to her home. ~ Luke 1:46-56

Mary praised God in this beautiful song even as she faced the stigma of pregnancy outside of wedlock. She believed the promises and the prophecies and looked beyond the immediate consequences to God’s plan. She thanked God that He had chosen her to be part of His wonderful plan. None of us will ever be called on to give birth to the Savior of the world, but all are called to be part of God’s unfolding plan. Will we be like Mary, rejoicing in the privilege rather than looking at the hardships? Or will we dread, complain, and look on the negatives rather than rejoicing in the great blessing that God is giving us?

Thank You, Father God, that You call on me to be part of Your great plan. Whether my part is small or large, whether it is easy or hard, I want to embrace the tasks You have called me to and rejoice in the honor of serving You. May it be so, Lord! In the name of Jesus Christ. Amen.