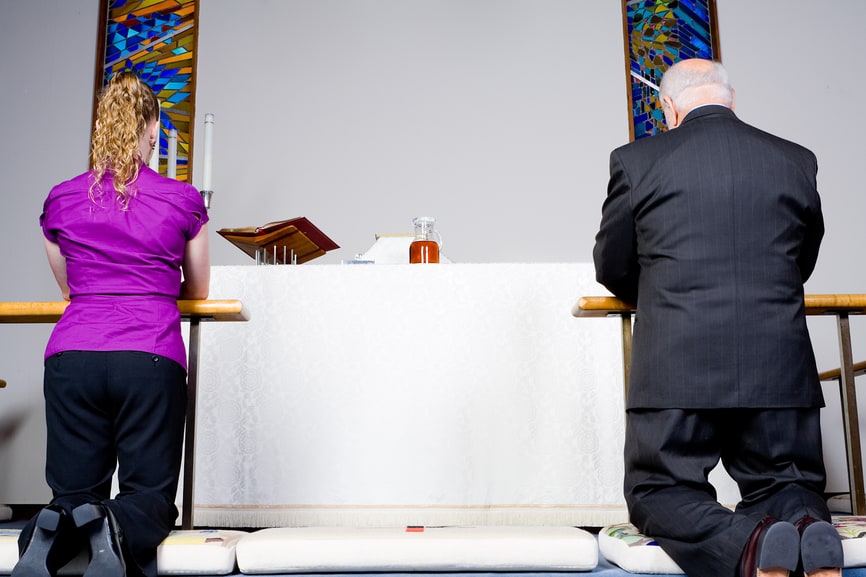 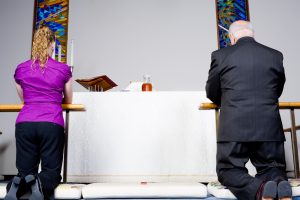 They heard the sound of the Lord God walking in the garden in the cool of the day, and the man and his wife hid themselves from the presence of the Lord God among the trees of the garden. Then the Lord God called to the man, and said to him, “Where are you?” He said, “I heard the sound of You in the garden, and I was afraid because I was naked; so I hid myself.” And He said, “Who told you that you were naked? Have you eaten from the tree of which I commanded you not to eat?” The man said, “The woman whom You gave to be with me, she gave me from the tree, and I ate.” Then the Lord God said to the woman, “What is this you have done?” And the woman said, “The serpent deceived me, and I ate.” The Lord God said to the serpent,

“Because you have done this,
Cursed are you more than all cattle,
And more than every beast of the field;
On your belly you will go,
And dust you will eat
All the days of your life;
And I will put enmity
Between you and the woman,
And between your seed and her seed;
He shall bruise you on the head,
And you shall bruise him on the heel.” ~ Genesis 3:8-15

God gave Adam and Eve everything they needed. All they had to do was to obey His commandment not to eat of the fruit of the tree of the knowledge of good and evil. They could eat freely of every kind of fruit, vegetable, grain, and herb—everything except one single tree. Yet when the serpent tempted Eve, she took the fruit and ate and enticed Adam to do the same. Then when God confronted them, they passed the blame—Eve blamed the snake and Adam blamed Eve. Their sin, like our sin today, came from wanting to be like God—wanting to know what God knew. If we are content to be the creations, the beloved servants, of the omnipotent, omnipresent, omniscient, holy God, we avoid sin. But the introduction of sin into the world created the need for a Savior.

Thank You, Lord, that one day Jesus will come again to judge the world. Those who have rejected Him will be cast into the lake of fire, but those who love Him will reign with Him in glory forever and ever. We will no longer be burdened with sin or its consequences but will spend our day praising and worshipping our triune God. Maranatha, Lord Jesus! In His name. Amen.