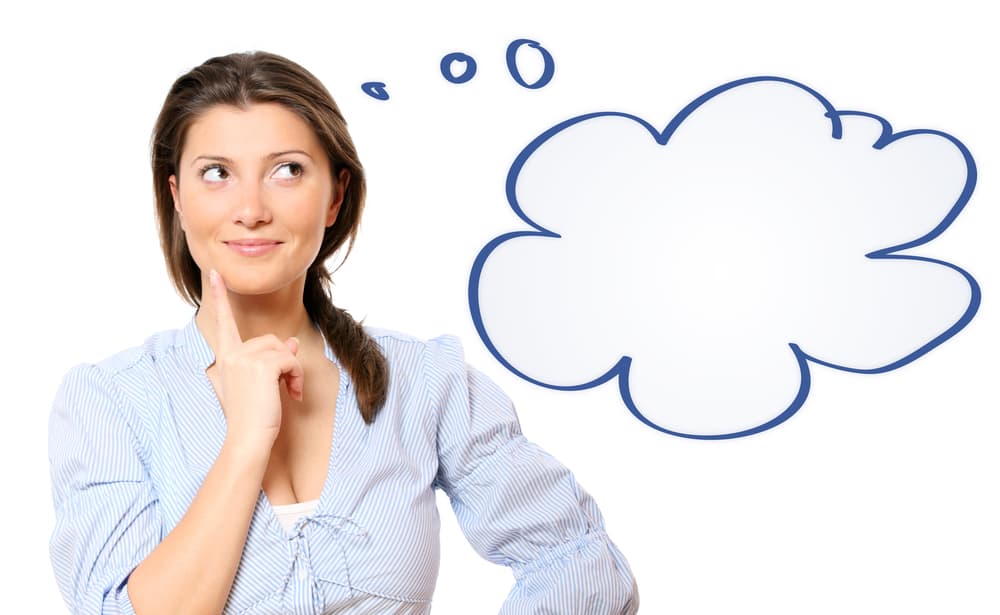 I never intended to become an entrepreneur. My dream was always to write, but I was convinced I couldn’t make a living from writing. I was excited to go to work in the government’s War on Poverty as an employment counselor because I thought I would be helping people who were struggling. I became more and more disillusioned, thinking we were doing more harm than good, until I finally couldn’t do it anymore.

During my time in that job, I started growing African violets and making terrariums
as a hobby. When a coworker saw an ad seeking artists and craftspeople to rent space in a in a quaint arts-and-crafts gallery, she challenged me to give up my job and sell terrariums for a living. Although I had never even thought about going into business, I was ready for a change and opened a tiny plant shop. That was my first small—miniscule, really—business, more than forty years ago.

As I gradually figured out what I was doing, I expanded that little shop and actually made a little money. Then I joined forces with a potter who had a shop a few doors down from me. We opened a plant and pottery store in a strip mall. I managed the store while my partner made pottery. I learned a lot more about business since I was making all the decisions that affected the profits for both of us. That venture ended when I was robbed and molested in the store; I was afraid to work alone, and we couldn’t afford to hire someone to work with me.

Although my inclination was to go home and hide, my husband wouldn’t let me give in to self-pity. In the retail store, people had asked me to help them with plants in their offices. I started an interior landscape company working from my home. For the first year or more, I always went to the client where I felt safe. I did everything myself—from designing the interior landscape to buying and preparing the plants to installing them to going back weekly to water and maintain the plants. Through the years, I moved into a warehouse facility and hired eighteen employees. That business grew to be one of the top three interior landscape companies in the city, and I operated it for sixteen years.

Like so many people who started a small business, I knew far more about my products than about business. In my retail stores, I sold African violets, houseplants, and terrariums, all of which I knew about from my hobbies. In the second store, we also sold a lot of handmade pottery, but it didn’t require constant care like plants did. However, when I went into the interior landscape business, I suddenly had to learn much more about how to provide the services my clients needed. It’s fairly easy to keep plants watered and groomed when you’re in the store with them every day and can check them anytime and respond immediately if a plant shows signs of stress. It’s quite another to take care of a plant in an office and leave it for a week. 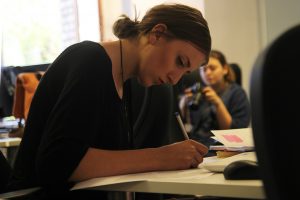 I joined professional organizations and attended seminars and read trade magazines to learn the technical skills of the industry. But then I also had to learn about business. So many challenges were daunting: managing a staff of eighteen people—most of whom worked independently, going from client to client all over town, handling legal issues like contracts with the landlord and many clients, knowing where and when to order and how much inventory to maintain, figuring out the profitability for each individual client… and on and on and on.
I took advantage of a variety of opportunities to learn to run my business. I joined the chamber of commerce, attended workshops, and participated in activities.

Another challenge I faced was that I was a female in my late twenties and early thirties when most of the business owners at that time were men who were older than me—and not always welcoming to young female interlopers. It would have been easy for me to be intimidated, but I learned a trick: simply calling other people by their first name seemed to put us on the same level immediately. Today, it’s very common to use first names on short acquaintance, but Mr. and Mrs. or Miss were the norms in the 1970s.

I also joined an organization called Women in Business, which was very helpful for women business owners, both from formal training sessions and from informal discussions with peers. I was active in that group for many years. The organization no longer exists, but there are other groups for women and minorities. I don’t advocate separatism—everyone in business should associate with all their colleagues through chambers of commerce and other organizations and groups. However, sometimes a specialized group can be invaluable to help with specific issues.

I also took advantage of opportunities for training, whether it was from a professional organization for interior landscapers, business organizations like the chamber of commerce, or companies who provided training sessions in large auditoriums. Today, you don’t even have to attend in person; excellent training is available online at reasonable cost or even free. 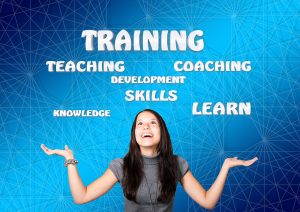 Of course, I always worked to show that I was as competent and knowledgeable as anyone else. I joined the chamber’s speakers bureau and gave talks on entrepreneurship. I wasn’t sure anyone benefited from my presentations until I visited a client business and met the owner for the first time. All my dealings had been with the facility manager. When I made a quality control visit, I knocked on the door of the corner office, introduced myself, and explained I was checking on the plants. The lady behind the desk said, “I’m so glad to meet you. You’ve been my inspiration.”

I was shocked because I had never met this woman before. She went on to explain that her husband had started the business, but had died unexpectedly at a critical time in the growth of the company. She had always been a stay-at-home mom raising four sons, including a severely disabled son whom she still cared for as an adult. When her husband died, she was overwhelmed. The other three sons worked in the business but were not prepared to run it. She wanted to continue her husband’s dream company, but she had no business experience. She arranged for the care of her disabled son and started to work. One of the first things she did was attend a presentation I made at the chamber of commerce. She told me that my story of starting from nothing and building a successful company inspired her, and when she felt discouraged or fearful, she would tell herself, “If that woman can do it, I can, too!” 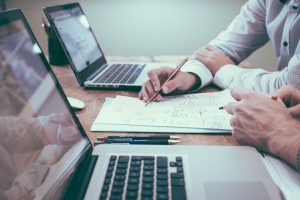 Although I was thrilled that I encouraged her, I knew I didn’t succeed on my own. I also learned to take advice. At one point, we were extremely busy, and everything seemed to be going well, but we just weren’t making the money we should. I hired a consultant who helped me determine the costs and profit on each client. He told me that I wasn’t charging enough for my services, and I needed to raise prices, especially on certain clients. When I protested that I couldn’t raise prices because of the competition, he said I could price like my competitors and go out of business or raise my prices and make a profit. I started raising prices at the end of each client’s contract. Although I was sure that I would lose customers who wouldn’t agree to higher costs, I lost only two—the two who were the most difficult to work with, the same two who were losing me money instead of making it, two clients I was glad to lose. My preconceived ideas were all wrong, and businesspersons can’t let preconceived ideas and fears stand in the way of success.

After I had a stroke at the hands of a chiropractor, I decided it was time to realize my lifelong dream of writing. I always planned to do it someday, but I realized someday had arrived. After I recovered sufficiently to be able to work, I started writing on weekends and continued to run my company until I found the right opportunity. Two of my major competitors and I sold our three companies to a large national chain, and I started my freelance writing business.

My first novel was Stroke of Luck, a romance novel about a woman who had a stroke 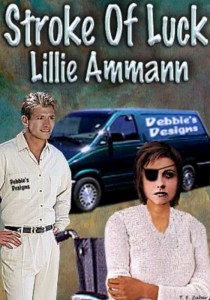 like the one I had. I received rejection after rejection, usually with some comment similar to the one an editor told me in person when I pitched my book at a conference: “Nobody wants to read about a cripple!” So I put the manuscript away and went on to other things until I learned of a publisher seeking romance novels with handicapped central characters. I was so excited that someone wanted my story, I signed a contract without doing any due diligence on the company.

Then I bought several ebooks published by the company. I was appalled and contacted the editor, telling her I was concerned about the poor editing in the books. She explained they were a new company and hadn’t properly edited the manuscripts before publishing them. “In fact,” she said, “we’re looking for an editor to edit those books. Yours was the cleanest manuscript I’ve seen. Will you edit for us?” So began my career as an editor. After editing a dozen books for the publisher, I started freelancing for self-publishing authors.

I have written three novels, a nonfiction book about my late husband, and several short how-to ebooks. I have edited more than four dozen books, both nonfiction and fiction, and helped the authors self-publish most of them. Resumes, business documents, manuals, academic papers, and much more have all been part of my repertoire in the last two decades. My clients benefit from my business experience, often getting advice along with writing and editing services.