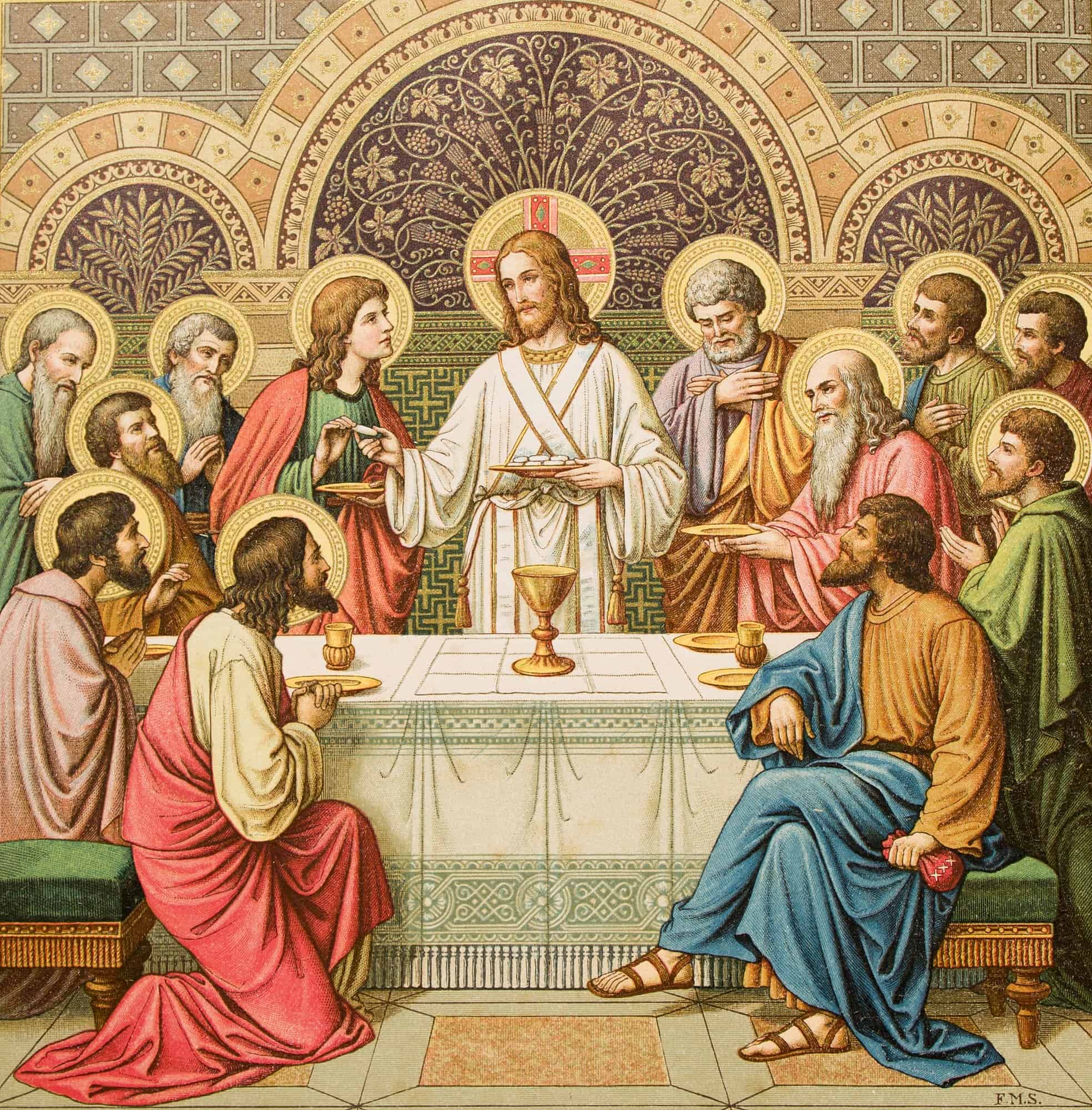 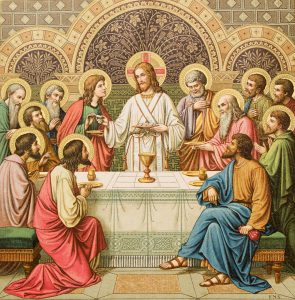 While they were eating, Jesus took some bread, and after a blessing, He broke it and gave it to the disciples, and said, “Take, eat; this is My body.” And when He had taken a cup and given thanks, He gave it to them, saying, “Drink from it, all of you; for this is My blood of the covenant, which is poured out for many for forgiveness of sins. But I say to you, I will not drink of this fruit of the vine from now on until that day when I drink it new with you in My Father’s kingdom.”

After singing a hymn, they went out to the Mount of Olives.

Then Jesus came with them to a place called Gethsemane, and said to His disciples, “Sit here while I go over there and pray.” And He took with Him Peter and the two sons of Zebedee, and began to be grieved and distressed. Then He said to them, “My soul is deeply grieved, to the point of death; remain here and keep watch with Me.”

And He went a little beyond them, and fell on His face and prayed, saying, “My Father, if it is possible, let this cup pass from Me; yet not as I will, but as You will.” And He came to the disciples and found them sleeping, and said to Peter, “So, you men could not keep watch with Me for one hour? Keep watching and praying that you may not enter into temptation; the spirit is willing, but the flesh is weak.”

He went away again a second time and prayed, saying, “My Father, if this cannot pass away unless I drink it, Your will be done.” Again He came and found them sleeping, for their eyes were heavy. And He left them again, and went away and prayed a third time, saying the same thing once more. Then He came to the disciples and said to them, “Are you still sleeping and resting? Behold, the hour is at hand and the Son of Man is being betrayed into the hands of sinners. Get up, let us be going; behold, the one who betrays Me is at hand!”

While He was still speaking, behold, Judas, one of the twelve, came up accompanied by a large crowd with swords and clubs, who came from the chief priests and elders of the people. Now he who was betraying Him gave them a sign, saying, “Whomever I kiss, He is the one; seize Him.” Immediately Judas went to Jesus and said, “Hail, Rabbi!” and kissed Him. And Jesus said to him, “Friend, do what you have come for.” Then they came and laid hands on Jesus and seized Him. ~ Matthew 26:26-30, 36-50

So much happened on Thursday night! Jesus and His disciples celebrated the Passover, and Jesus instituted Holy Communion. In the Gospel of John, we learn that Jesus washed the feet of the disciples. Jesus and His disciples go to the Garden of Gethsemane, where the disciples fall asleep while Jesus is praying. He asked the Father to let the coming ordeal pass from him. He knew exactly what would happen—physical torture, humiliation, death. Worst of all, He would take all the sin of the world—past, present, and future—upon Himself, and the Father would turn His face away from Him. That separation—the only moment in all of eternity when They would be apart—was far more agonizing than anything else. Yet, Jesus continued, “not as I will, but as You will.” He knew what would happen. He dreaded it—but He accepted it.

Lord, I can’t fathom the love that motivated the Father and the Son to be separated, even if for an infinitely small amount of time. And it was all for me—for me and every other sinner who will accept Your gift of grace and salvation. We don’t deserve Your great mercy, Lord, but You are full of love, mercy, grace, and peace. Please make me as willing as Jesus to do Your will. In the name of Jesus Christ. Amen.