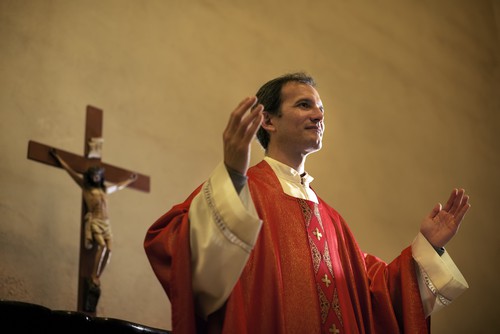 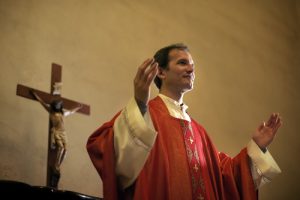 On the next day the large crowd who had come to the feast, when they heard that Jesus was coming to Jerusalem, took the branches of the palm trees and went out to meet Him, and began to shout, “Hosanna! Blessed is He who comes in the name of the Lord, even the King of Israel.” Jesus, finding a young donkey, sat on it; as it is written, “Fear not, daughter of Zion; behold, your King is coming, seated on a donkey’s colt.” These things His disciples did not understand at the first; but when Jesus was glorified, then they remembered that these things were written of Him, and that they had done these things to Him. So the people, who were with Him when He called Lazarus out of the tomb and raised him from the dead, continued to testify about Him. For this reason also the people went and met Him, because they heard that He had performed this sign. So the Pharisees said to one another, “You see that you are not doing any good; look, the world has gone after Him.” ~ John 12:12-19 (NASB)

The people welcomed Jesus to Jerusalem with shouts of praise, and people went out to meet him after hearing about him raising Lazarus from the dead. But the people weren’t going out to worship the Messiah—they were going to see the man who performed miracles, maybe because they wanted miracles for themselves. The Pharisees saw the people flocking to Jesus and didn’t like it, because they wanted people to come to them instead. That’s a lot of selfish motives, but we aren’t any better today. Many people who call themselves Christians live the way they want instead of the way Jesus says, because they want the benefits of following Jesus without the sacrifice.

Lord God, show me any selfish motives I have. Cleanse my heart and give me pure motives so that I follow Jesus, the Lord of lords and King of kings, out of faith and love. In His name. Amen.