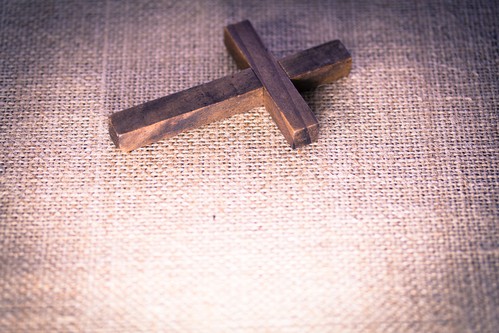 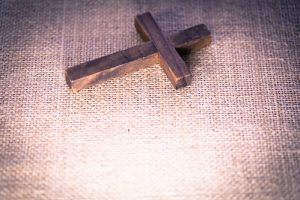 Jesus, therefore, six days before the Passover, came to Bethany where Lazarus was, whom Jesus had raised from the dead. So they made Him a supper there, and Martha was serving; but Lazarus was one of those reclining at the table with Him. Mary then took a pound of very costly perfume of pure nard, and anointed the feet of Jesus and wiped His feet with her hair; and the house was filled with the fragrance of the perfume. But Judas Iscariot, one of His disciples, who was intending to betray Him, said, “Why was this perfume not sold for three hundred denarii and given to poor people?” Now he said this, not because he was concerned about the poor, but because he was a thief, and as he had the money box, he used to pilfer what was put into it. Therefore Jesus said, “Let her alone, so that she may keep it for the day of My burial. For you always have the poor with you, but you do not always have Me.” The large crowd of the Jews then learned that He was there; and they came, not for Jesus’ sake only, but that they might also see Lazarus, whom He raised from the dead. But the chief priests planned to put Lazarus to death also; because on account of him many of the Jews were going away and were believing in Jesus. ~ John 12:1-11 (NASB)

Judas probably sounded righteous to those who heard his question, but he had evil motives. He didn’t want to give to the poor—he wanted to steal the money. Although we probably aren’t thieves, we may say or do the right thing for the wrong reasons. Rather than having a sincere desire to help, we might give to the poor to receive adulation for our generosity or attend church services because our employer/spouse/someone else important to us expects it. Though the poor will benefit from our selfish gift, our spiritual life will suffer.

Heavenly Father, cleanse my heart and purify my motives. Give me a sincere desire to serve You by helping others. Awaken a thirst for worshipping You. Wash away my desire for praise and recognition of the world, and instill in me a desire to hear You say, “Well done, good and faithful servant.” In the name of Jesus Christ. Amen.