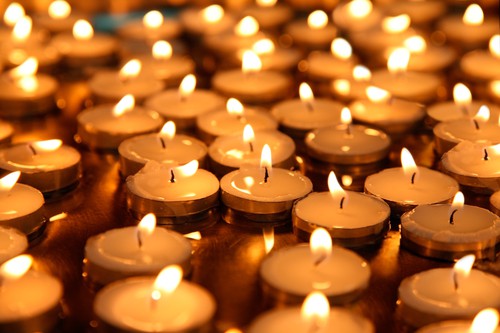 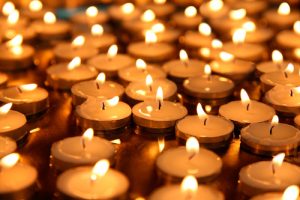 Luke 1:5-25 (NASB)
5 In the days of Herod, king of Judea, there was a priest named Zacharias, of the division of Abijah; and he had a wife from the daughters of Aaron, and her name was Elizabeth. 6 They were both righteous in the sight of God, walking blamelessly in all the commandments and requirements of the Lord. 7 But they had no child, because Elizabeth was barren, and they were both advanced in years. 8 Now it happened that while he was performing his priestly service before God in the appointed order of his division, 9 according to the custom of the priestly office, he was chosen by lot to enter the temple of the Lord and burn incense. 10 And the whole multitude of the people were in prayer outside at the hour of the incense offering. 11 And an angel of the Lord appeared to him, standing to the right of the altar of incense. 12 Zacharias was troubled when he saw the angel, and fear gripped him. 13 But the angel said to him, “Do not be afraid, Zacharias, for your petition has been heard, and your wife Elizabeth will bear you a son, and you will give him the name John. 14 You will have joy and gladness, and many will rejoice at his birth. 15 For he will be great in the sight of the Lord; and he will drink no wine or liquor, and he will be filled with the Holy Spirit while yet in his mother’s womb. 16 And he will turn many of the sons of Israel back to the Lord their God. 17 It is he who will go as a forerunner before Him in the spirit and power of Elijah, to turn the hearts of the fathers back to the children, and the disobedient to the attitude of the righteous, so as to make ready a people prepared for the Lord.” 18 Zacharias said to the angel, “How will I know this for certain? For I am an old man and my wife is advanced in years.” 19 The angel answered and said to him, “I am Gabriel, who stands in the presence of God, and I have been sent to speak to you and to bring you this good news. 20 And behold, you shall be silent and unable to speak until the day when these things take place, because you did not believe my words, which will be fulfilled in their proper time.” 21 The people were waiting for Zacharias, and were wondering at his delay in the temple. 22 But when he came out, he was unable to speak to them; and they realized that he had seen a vision in the temple; and he kept making signs to them, and remained mute. 23 When the days of his priestly service were ended, he went back home. 24 After these days Elizabeth his wife became pregnant, and she kept herself in seclusion for five months, saying, 25 “This is the way the Lord has dealt with me in the days when He looked with favor upon me, to take away my disgrace among men.”

Most of us would probably be as doubtful as Zacharias was if we received similar news from an angel. According to the laws of nature, Elizabeth was past child-bearing years. But the God who created the laws of nature can override them at will. He is in complete control of everything that happens—He either allows it or ordains it.

Heavenly Father, open our hearts and minds to hear Your voice and believe Your Word. In the name of Jesus Christ. Amen.