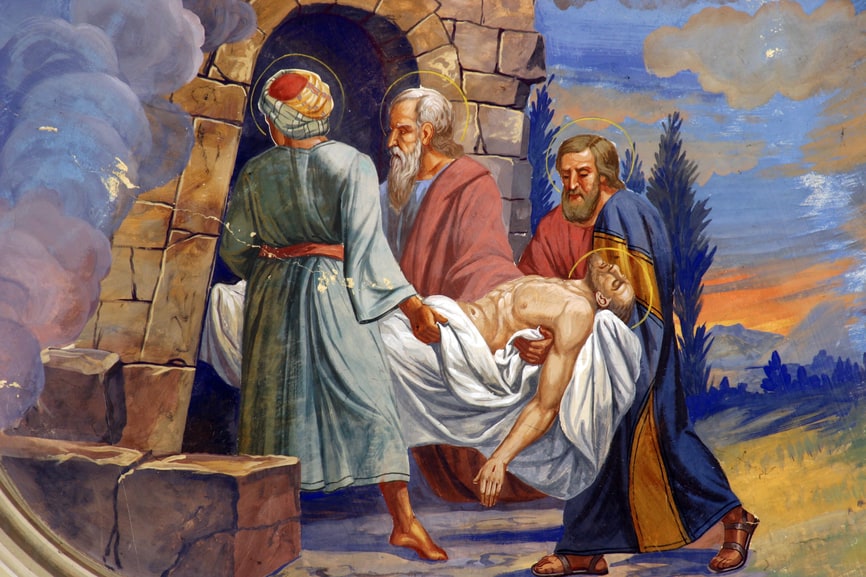 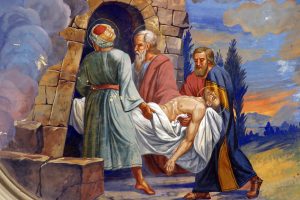 42 When evening had already come, because it was the preparation day, that is, the day before the Sabbath, 43 Joseph of Arimathea came, a prominent member of the Council, who himself was waiting for the kingdom of God; and he gathered up courage and went in before Pilate, and asked for the body of Jesus. 44 Pilate wondered if He was dead by this time, and summoning the centurion, he questioned him as to whether He was already dead. 45 And ascertaining this from the centurion, he granted the body to Joseph. 46 Joseph bought a linen cloth, took Him down, wrapped Him in the linen cloth and laid Him in a tomb which had been hewn out in the rock; and he rolled a stone against the entrance of the tomb. 47 Mary Magdalene and Mary the mother of Joses were looking on to see where He was laid. ~ Mark 15:42-47 (NASB)

To the disciples and all who loved Jesus, this day must have been terrible. They knew Jesus had been killed and now was buried. They didn’t understand His promise to rise again on the third day. They had lost all hope; they thought the end had come. But we know the rest of the story–we know tomorrow is Easter. We know Jesus rose again.

Lord, as I reflect on the sorrow and solemnity of this time Jesus spent in the tomb, give me a sense of awe and overwhelming gratitude that Sunday is coming. In Jesus’ name. Amen.