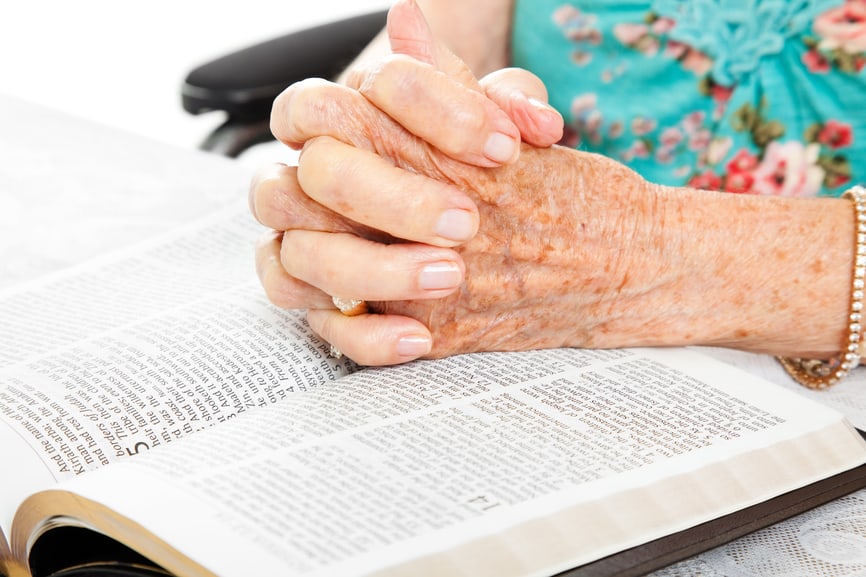 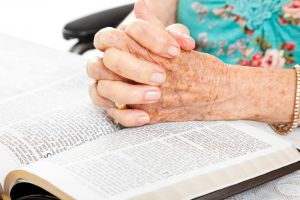 22 While they were eating, He took some bread, and after a blessing He broke it, and gave it to them, and said, “Take it; this is My body.” 23 And when He had taken a cup and given thanks, He gave it to them, and they all drank from it. 24 And He said to them, “This is My blood of the covenant, which is poured out for many. 25 Truly I say to you, I will never again drink of the fruit of the vine until that day when I drink it new in the kingdom of God.” 26 After singing a hymn, they went out to the Mount of Olives. 27 And Jesus said to them, “You will all fall away, because it is written, ‘I will strike down the shepherd, and the sheep shall be scattered.’ 28 But after I have been raised, I will go ahead of you to Galilee.” 29 But Peter said to Him, “Even though all may fall away, yet I will not.” 30 And Jesus said to him, “Truly I say to you, that this very night, before a rooster crows twice, you yourself will deny Me three times.” 31 But Peter kept saying insistently, “Even if I have to die with You, I will not deny You!” And they all were saying the same thing also. ~ Mark 14:22-31 (NASB)

Jesus knew all of His disciples would give up in fear and despair, thinking that He arrest meant the end of His ministry and the failure of His mission. Peter was confident that he would never deny Jesus, but he was trusting in his own power. Before he and the other disciples received the Holy Ghost, they were not strong enough to stand firm for the Lord.

Lord, Peter denied that He would ever deny Christ, and, like him, I always want to acknowledge Jesus as my Lord and Savior. Forgive me for those times when I deny Him by my actions—when I fail to acknowledge Him as the Lord of my life. Help me to always put You—Father, Son, and Holy Ghost—first in my life. In Jesus’ name. Amen.