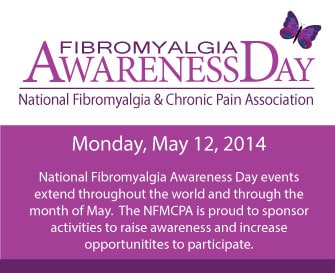 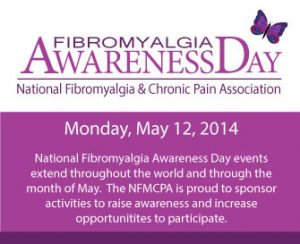 Fibromyalgia is called an “invisible disease” because individuals with fibromyalgia look healthy, yet they go through life with chronic pain and a host of other symptoms.

I was diagnosed with fibromyalgia in my mid-thirties. Although I had been to several doctors describing my pain, none of them believed there was anything wrong with me. I read an article in a popular women’s magazine about recent information describing eighteen “tender points”—at that time individuals (far more women than men) who had pain and tenderness in eleven of those areas were diagnosed with fibromyalgia. I had my husband Jack touch me in each of those spots, and if I remember correctly, I reacted when he touched fifteen of the eighteen areas.

When I took the article to my family physician, I said, “This is what I’ve been trying to tell you.” He was a wonderful doctor to treat injuries and illnesses that were well-recognized. However, he had been practicing medicine for decades and had seen many fads and theories come and go in medicine, so he didn’t immediately jump on the bandwagon when new discoveries were announced. Although he wasn’t convinced fibromyalgia was a real disease, he referred me to a rheumatologist.

At my first appointment with the rheumatologist, he told me how lucky I was to be able to work and function normally in spite of the pain. He said most of his patients were wheelchair-bound or bedridden. Then he went on to prescribe a medication that was controversial at the time because regular usage was associated with high risk of heart attack. I thought to myself, I’m lucky that my fibromyalgia is mild and I’m in much better shape than most of your patients. Yet you want me to take medicine that might cause a heart attack? I think I’ll pass.

I never got the prescription filled and I canceled my follow-up appointment. I didn’t go back to a rheumatologist for more than thirty years. Through the years, I’ve managed the pain with over-the-counter medicine, and when I was going through an especially bad time, prescription medications. Relaxing in my therapy tub, heat and massage, and mild stretching help, as does getting plenty of rest.

For too long, fibromyalgia and other chronic pain conditions have been invisible illnesses. We need to raise awareness so those of us who experience pain and fatigue can let others know we aren’t feeling well without being thought of as hypochondriacs. And we need to encourage and support research so people who have been in pain for decades can finally feel better.