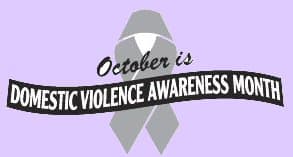 A question that I consider one of the highest compliments I’ve received on my romantic mystery novel Dream or Destiny came from Bluestocking at The Bluestocking Guide in a podcast interview. She asked if I had ever had personal experience with domestic violence. As an advocate for victims of domestic violence, she found my characterizations of David, a victim of child abuse, to be so realistic she thought I must have seen domestic violence firsthand.

Thankfully, I have never had any experience, but I am thrilled that my characters revealed themselves to me in such a way that their experiences were realistic. People who aren’t writers often think it’s strange when writers say the characters took over the story, but that often happens. When I started writing Dream or Destiny, I had no idea that domestic violence would be an important element. However, when I started creating the character David, he told me he had been abused. I did a lot of online research about abuse. The personal accounts of abuse survivors horrified me with the violence and pain but inspired me with their courage and resilience. What I learned touched me deeply and motivated me to advocate for victims and for an end to violence.