. Jean asked if she could send one of her characters in her stead, and it didn’t take long for me to decide to interview retirement village resident and Portugese dairyman’s widow, Michelle Lugundos, known to all as Micki. Be sure to come back Thursday to meet this intriguing character. 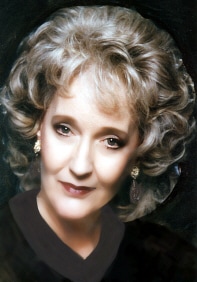 Jean told me her characters were more interesting than she is, but I’ve been following her blog book tour and read several fascinating interviews.

She began her career as a photojournalist and had numerous newspaper and magazine credits by the time her first nonfiction book was published in 1981. She has interviewed well-known politicians, famous writers, and notorious bad guys. After publishing several nonfiction books, she realized she had way too much good research to ignore, so she used the material to write her first novel.

The crime-solvers in A Village Shattered are senior citizens.  Jean writes senior sleuth novels to show that seniors can do just about anything a twenty-something character can. And she has created a large and varied cast of characters who live in the retirmenet village. At least they all used to live there—now a murderer is decimating their numbers at a rapid pace.

Micki said she would bring Jean with her on Thursday to answer questions and respond to comments. Come back to meet Micki and Jean and learn more about A Village Shattered