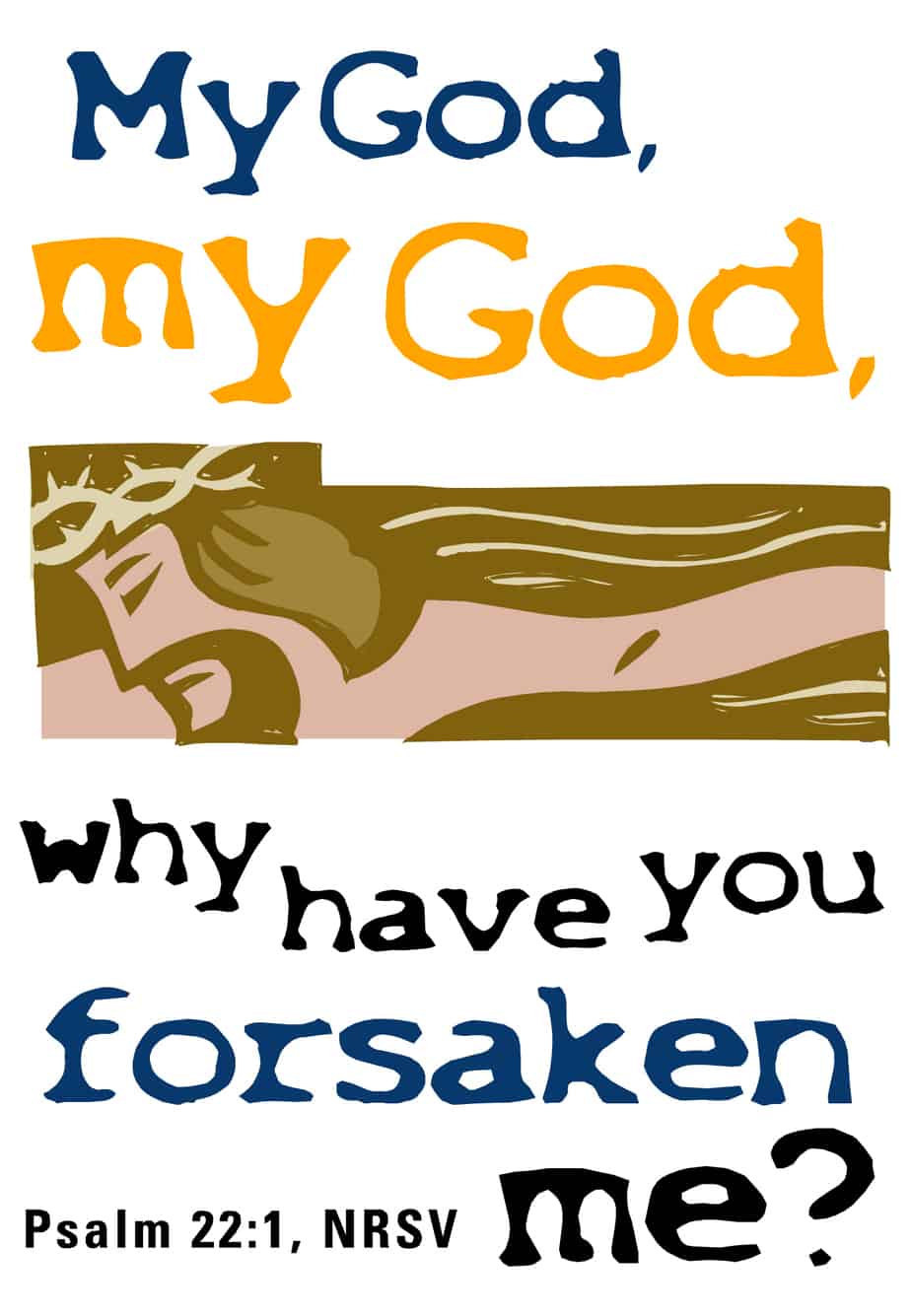 And when they had mocked him, they stripped him of the robe and put his own clothes on him and led him away to crucify him. As they went out, they found a man of Cyrene, Simon by name. They compelled this man to carry his cross. And when they came to a place called Golgotha (which means Place of a Skull), they offered him wine to drink, mixed with gall, but when he tasted it, he would not drink it. And when they had crucified him, they divided his garments among them by casting lots. Then they sat down and kept watch over him there. And over his head they put the charge against him, which read, “This is Jesus, the King of the Jews.” Then two robbers were crucified with him, one on the right and one on the left. And those who passed by derided him, wagging their heads and saying, “You who would destroy the temple and rebuild it in three days, save yourself! If you are the Son of God, come down from the cross.” So also the chief priests, with the scribes and elders, mocked him, saying, “He saved others; he cannot save himself. He is the King of Israel; let him come down now from the cross, and we will believe in him. He trusts in God; let God deliver him now, if he desires him. For he said, ‘I am the Son of God.’” And the robbers who were crucified with him also reviled him in the same way. Now from the sixth hour there was darkness over all the land until the ninth hour. And about the ninth hour Jesus cried out with a loud voice, saying, “Eli, Eli, lema sabachthani?” that is, “My God, my God, why have you forsaken me?” And some of the bystanders, hearing it, said, “This man is calling Elijah.” And one of them at once ran and took a sponge, filled it with sour wine, and put it on a reed and gave it to him to drink. But the others said, “Wait, let us see whether Elijah will come to save him.” And Jesus cried out again with a loud voice and yielded up his spirit. And behold, the curtain of the temple was torn in two, from top to bottom. And the earth shook, and the rocks were split. The tombs also were opened. And many bodies of the saints who had fallen asleep were raised, and coming out of the tombs after his resurrection they went into the holy city and appeared to many. When the centurion and those who were with him, keeping watch over Jesus, saw the earthquake and what took place, they were filled with awe and said, “Truly this was the Son of God!”

The physical pain Jesus experienced was horrific. Crucifixion was the most vicious form of death possible, and He had been flogged almost to death before He was ever hung on the cross. I read recently that there are five kinds of wounds that can happen to the human body, and Jesus experienced every one of them. Crucifixion usually results in an excruciatingly painful death by suffocation, but I read that Jesus bled to death from all His wounds while suffocating. I can’t imagine that much pain, but that wasn’t the worst of it. For that short time when Jesus cried out to the Father, “Why have You forsaken me?”, the Father and the Son were separated—for the only time in all eternity. Jesus became sin for us, and the Holy Father cannot look upon sin. The separation was more painful to both the Father and the Son than all the physical pain, which was pure torture. And They did it all for us! Because of that moment of indescribable and incalculable pain, we are forgiven of our sins and have eternal life with the Father, Son, and Holy Spirit.

Father God, I cannot fathom the depths of pain that both You and Jesus suffered to pay for my sins. It is because of my sins that Jesus was tortured and murdered. It was because of my sins that You and Your beloved Son were separated for the only time in all of eternity. How can I thank You both for that incredible gift? I will endeavor the life You want me to live, with the help of the Holy Spirit. In the name of Jesus Christ, my Lord and Savior. Amen.