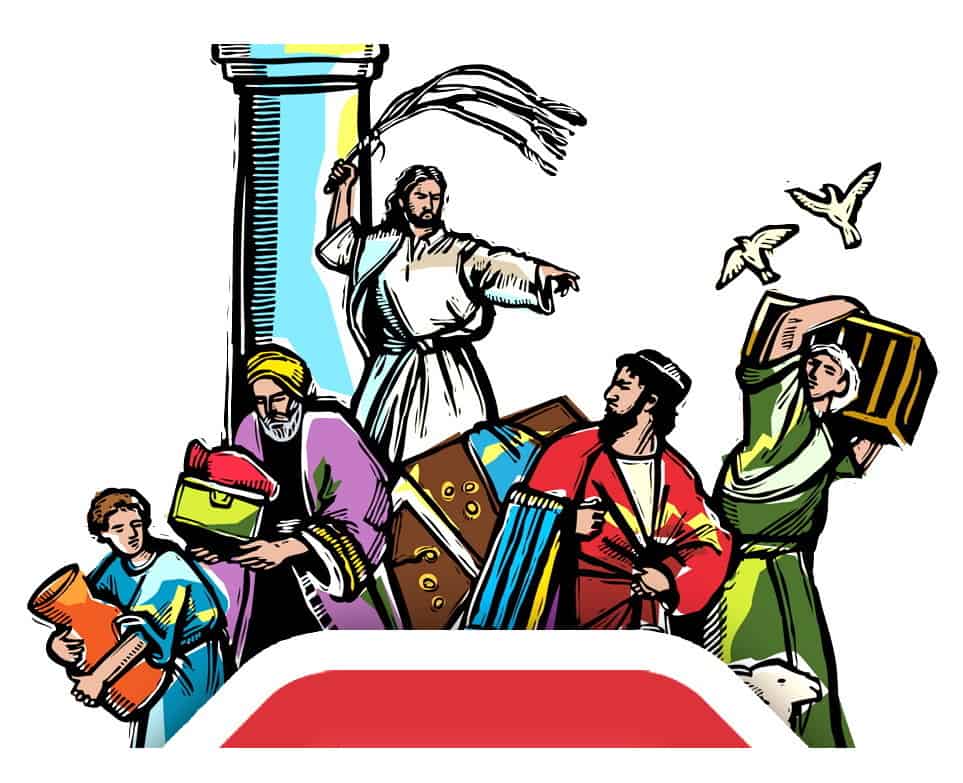 And Jesus entered the temple and drove out all who sold and bought in the temple, and he overturned the tables of the money-changers and the seats of those who sold pigeons. He said to them, “It is written, ‘My house shall be called a house of prayer,’ but you make it a den of robbers.” And the blind and the lame came to him in the temple, and he healed them. But when the chief priests and the scribes saw the wonderful things that he did, and the children crying out in the temple, “Hosanna to the Son of David!” they were indignant, and they said to him, “Do you hear what these are saying?” And Jesus said to them, “Yes; have you never read, “‘Out of the mouth of infants and nursing babies you have prepared praise’?” And leaving them, he went out of the city to Bethany and lodged there.

Some people say that Jesus was meek and mild and never got angry. This passage contradicts that idea. Jesus was justifiably angry that people were using the Temple to take advantage of Jews fulfilling their religious obligations. Not only were God’s people being treated unjustly, but God’s House was being defiled. Holy and righteous, Jesus and the Father and the Holy Spirit are too pure to allow wickedness to prevail without showing righteous anger. God has been patient and allowed the enemy and sin to dominate the world to allow everyone to hear the Word of God. But His patience will come to an end, and those who did evil and did not repent will suffer throughout eternity as just punishment for their sins.

Holy and righteous God, Your House should be kept pure and holy. May all who call themselves Christians honor and glorify Your Name and Your dwelling place. In the name of Jesus Christ, the Messiah, who lives and reigns with You and the Holy Ghost, now and forever. Amen.