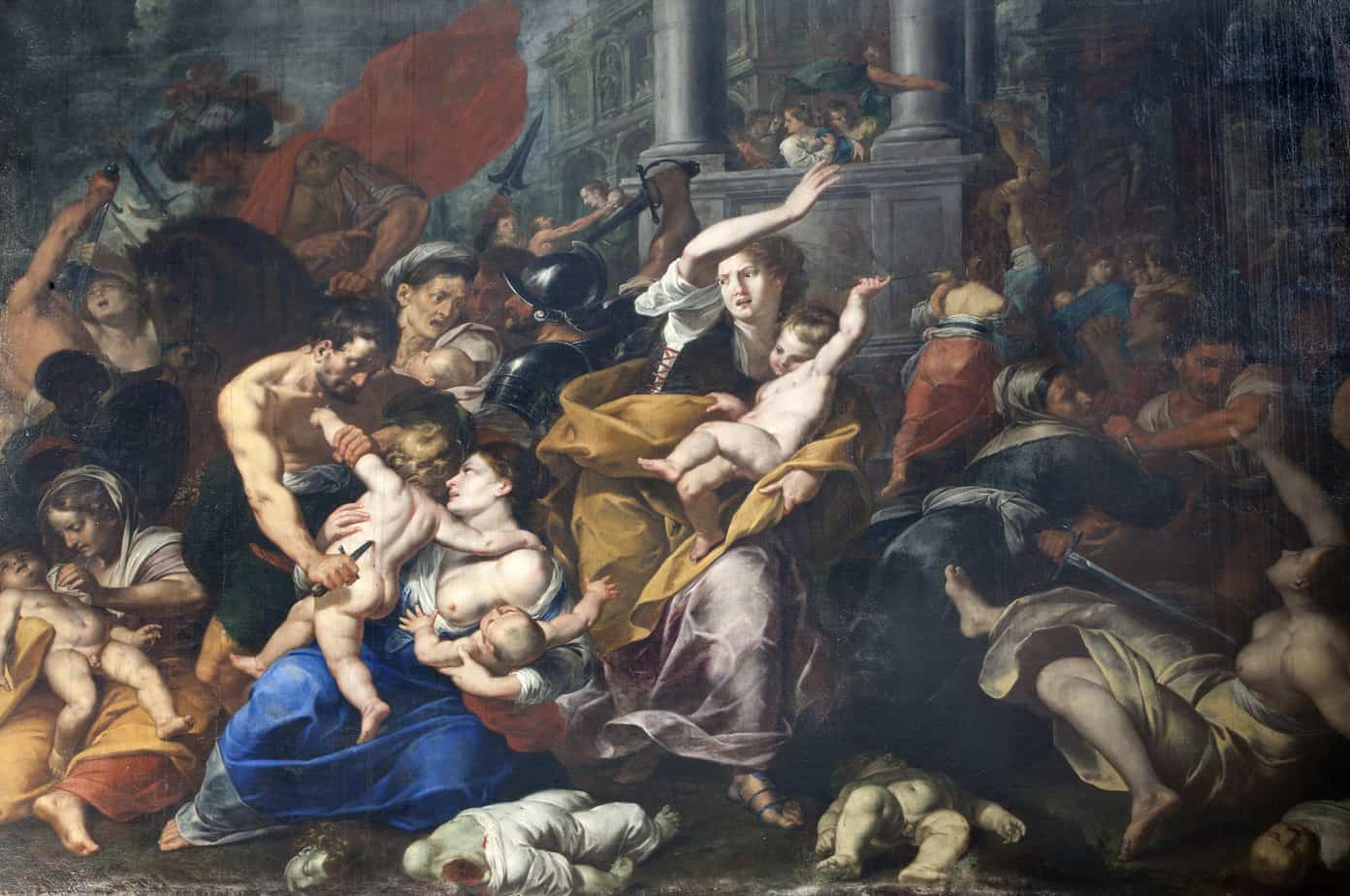 Now after Jesus was born in Bethlehem of Judea in the days of Herod the king, behold, wise men from the east came to Jerusalem, saying, “Where is he who has been born king of the Jews? For we saw his star when it rose and have come to worship him.” When Herod the king heard this, he was troubled, and all Jerusalem with him; and assembling all the chief priests and scribes of the people, he inquired of them where the Christ was to be born. They told him, “In Bethlehem of Judea, for so it is written by the prophet:

Then Herod summoned the wise men secretly and ascertained from them what time the star had appeared. And he sent them to Bethlehem, saying, “Go and search diligently for the child, and when you have found him, bring me word, that I too may come and worship him.” After listening to the king, they went on their way. And behold, the star that they had seen when it rose went before them until it came to rest over the place where the child was. When they saw the star, they rejoiced exceedingly with great joy. And going into the house, they saw the child with Mary his mother, and they fell down and worshiped him. Then, opening their treasures, they offered him gifts, gold and frankincense and myrrh. And being warned in a dream not to return to Herod, they departed to their own country by another way.

Now when they had departed, behold, an angel of the Lord appeared to Joseph in a dream and said, “Rise, take the child and his mother, and flee to Egypt, and remain there until I tell you, for Herod is about to search for the child, to destroy him.” And he rose and took the child and his mother by night and departed to Egypt and remained there until the death of Herod. This was to fulfill what the Lord had spoken by the prophet, “Out of Egypt I called my son.”

Then Herod, when he saw that he had been tricked by the wise men, became furious, and he sent and killed all the male children in Bethlehem and in all that region who were two years old or under, according to the time that he had ascertained from the wise men. Then was fulfilled what was spoken by the prophet Jeremiah:

But when Herod died, behold, an angel of the Lord appeared in a dream to Joseph in Egypt, saying, “Rise, take the child and his mother and go to the land of Israel, for those who sought the child’s life are dead.” And he rose and took the child and his mother and went to the land of Israel. But when he heard that Archelaus was reigning over Judea in place of his father Herod, he was afraid to go there, and being warned in a dream he withdrew to the district of Galilee. And he went and lived in a city called Nazareth, so that what was spoken by the prophets might be fulfilled, that he would be called a Nazarene.

Right after Christmas, as part of the story of the birth of Jesus, Herod murders babies. He was so enraged that the Wise Men didn’t lead him directly to the promised King that he was determined to kill every baby who could possibly be that child. Of course, God had protected Jesus and warned Joseph to escape with Jesus and Mary, but my heart bleeds for the babies who were killed and for their families. In a small community, many of the families with young children were probably related, so one extended family may have lost several infants. Those little ones were martyrs “in deed but not in will.” Unlike the martyrs who knowingly and willingly died for their faith (martyrs in will and deed) or disciples who were willing to die for their faith but weren’t killed (martyrs in will but not deed), these babies and their families had no choice. Yet they sacrificed their lives and their families sacrificed their children to further God’s plan for Jesus as the Savior of the world.

Lord God of mercy, this tragic and evil event shortly after Jesus’s birth demonstrates how much the world needed and still needs a Savior. One man was so selfish and power-hungry that he murdered babies to protect his sovereignty. Today mothers and their accomplices kill babies in the womb to protect their selfish desires. We still need Jesus, Lord. Open the eyes and hearts of all who do not know Him and draw them to Him. In His name I pray. Amen.