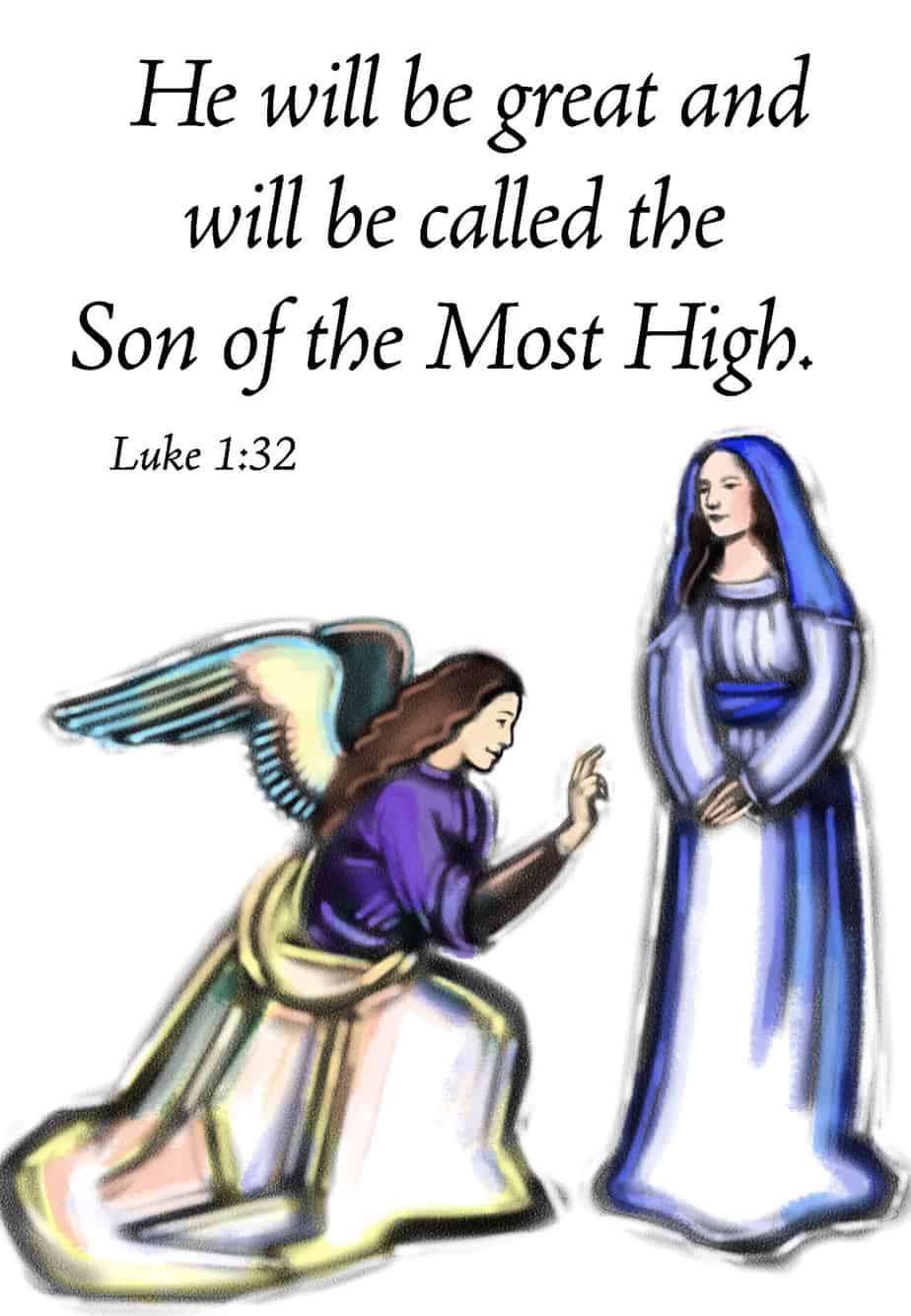 In the sixth month the angel Gabriel was sent from God to a city of Galilee named Nazareth, to a virgin betrothed to a man whose name was Joseph, of the house of David. And the virgin’s name was Mary. And he came to her and said, “Greetings, O favored one, the Lord is with you!” But she was greatly troubled at the saying, and tried to discern what sort of greeting this might be. And the angel said to her, “Do not be afraid, Mary, for you have found favor with God. And behold, you will conceive in your womb and bear a son, and you shall call his name Jesus. He will be great and will be called the Son of the Most High. And the Lord God will give to him the throne of his father David, and he will reign over the house of Jacob forever, and of his kingdom there will be no end.”

And Mary said to the angel, “How will this be, since I am a virgin?”

And the angel answered her, “The Holy Spirit will come upon you, and the power of the Most High will overshadow you; therefore the child to be born will be called holy—the Son of God. And behold, your relative Elizabeth in her old age has also conceived a son, and this is the sixth month with her who was called barren. For nothing will be impossible with God.” And Mary said, “Behold, I am the servant of the Lord; let it be to me according to your word.” And the angel departed from her.

I always want to be like Mary, but, alas, I’m more like many other people God has called through the years. Instead of saying, like Mary, “let it be according to your word,” I say, like Moses, “Lord, I stutter.” Or, like Gideon, “I am the least…” But Mary simply said, “I am the servant of the Lord” and accepted what God asked her to do. May I be more like Mary!

Lord God, give me a willing heart like Mary to respond “let it be …” whenever You ask me to do something—whether it a general command You have given all Your servants (love your neighbor as yourself) or a specific duty You’ve assigned me to do for Your Kingdom. In the name of Jesus Christ. Amen.