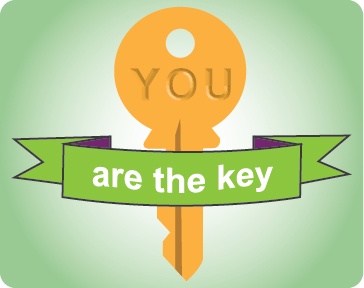 May is both Fibromyalgia Awareness Month and National Stroke Awareness Month. While these two conditions are different in many ways, they are alike in that both can be debilitating. And I am well-acquainted with both.

Fibromyalgia is not a disease, but a syndrome. There is no known cause and no specific test for diagnosis. There are, however, common symptoms that many fibromyalgia sufferers experience. Diagnosis is made from symptoms after ruling out other causes.

I was diagnosed at age 35 after years of chronic pain; I read that there is typically seven years between the onset of symptoms and the diagnosis. The only reason I was finally diagnosed is that I read an article in a women’s magazine. Fibromyalgia wasn’t generally well-known then, and I saw an article about eighteen pain points. A patient with eleven of the eighteen pain points was diagnosed with fibromyalgia at that time—I have sixteen of the eighteen. While the pain points are no longer the criteria for diagnosis, they are still very common symptoms. My family doctor didn’t believe that fibromyalgia was real, but he referred me to a rheumatologist. That doctor told me how fortunate I was because most of fibromyalgia patients were totally incapacitated, and I could still work and function, albeit in a lot of pain. After more than half of my lifetime with fibromyalgia, I’m finding my symptoms worsening.

One of the hardest things of this disease is that the disease is “invisible.” Other people often don’t realize how terrible someone with fibromyalgia feels because they don’t see overt signs of illness. Others may think the person is a hypochondriac rather than an individual with a debilitating illness. If you learn one thing during Fibromyalgia Awareness Month, I hope you will learn that someone who seems healthy can be suffering with debilitating pain and other severe symptoms.

While fibromyalgia may take years to be diagnosis, stroke strikes fast and requires immediate action to save lives. Learn your risk factors and stroke warning signs so you can get help for yourself or someone else who suffers a “brain attack.”

I have detailed my own experience with stroke extensively on this blog, beginning with My Stroke: The Beginning. You can follow the links at the end of each post to read the entire three-part series. Search for “stroke” for many other articles about my experiences and about stroke in general.

My stroke was as a result of a chiropractic manipulation, and I did not get treatment for several hours. I spent a week in an acute care hospital, a month in in-patient therapy, three months in three-days-a-week outpatient therapy, and years in less frequent outpatient therapy. On the other hand, when my husband started to exhibit slurred speech and weakness on one side of his body, I called for help immediately, and he was in the ER in less than an hour. He recovered completely with no additional treatment after one night in the hospital and no therapy. His stroke may have been less severe than mine was, but I’m convinced that his rapid and complete recovery was largely due to my recognizing the symptoms and getting him treatment immediately.

Look at the image above and see the main symptoms of a stroke. If you see someone exhibiting any of these signs, get help immediately. You may save someone’s life.