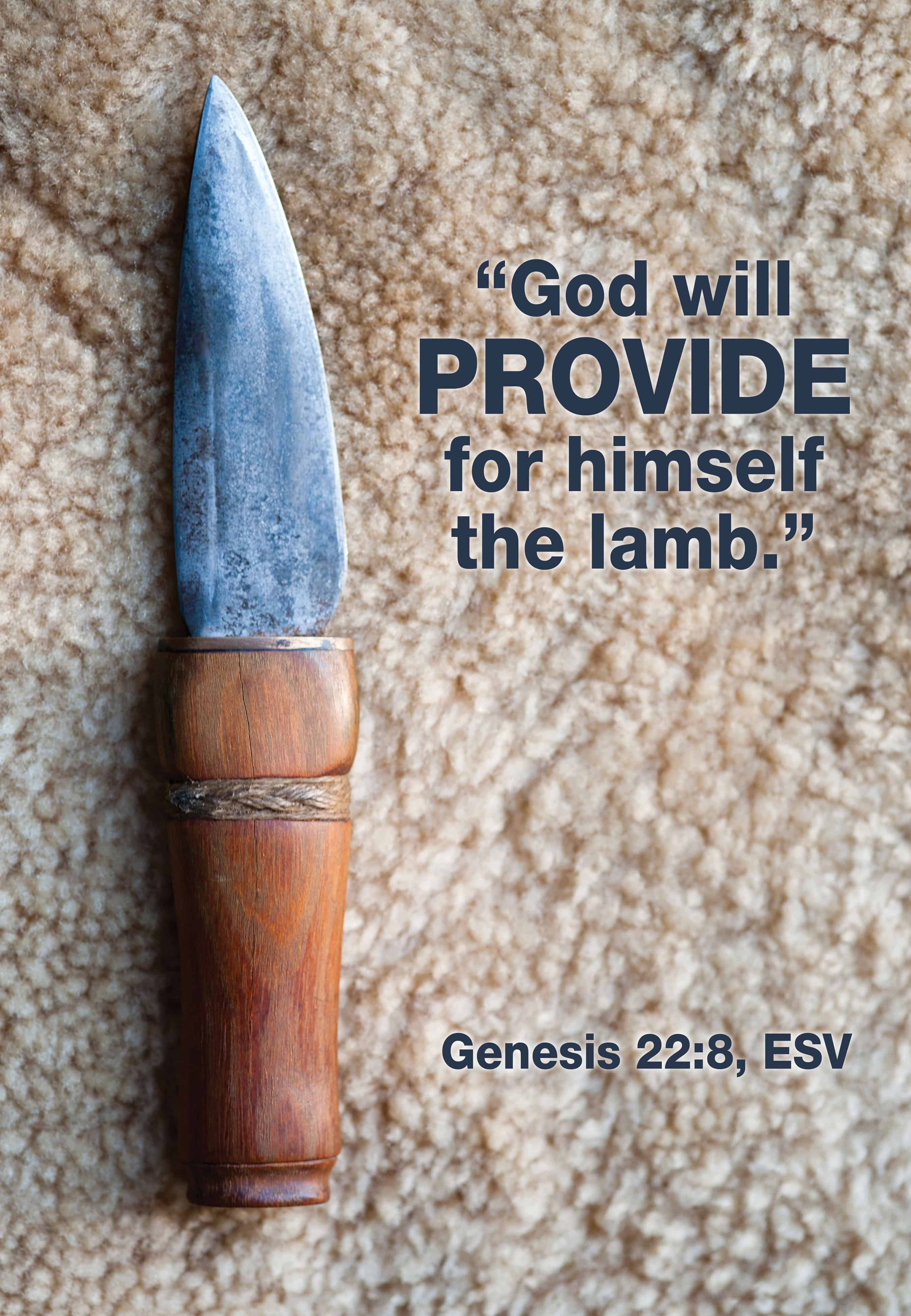 After these things God tested Abraham and said to him, “Abraham!” And he said, “Here I am.” He said, “Take your son, your only son Isaac, whom you love, and go to the land of Moriah, and offer him there as a burnt offering on one of the mountains of which I shall tell you.” So Abraham rose early in the morning, saddled his donkey, and took two of his young men with him, and his son Isaac. And he cut the wood for the burnt offering and arose and went to the place of which God had told him. On the third day Abraham lifted up his eyes and saw the place from afar. Then Abraham said to his young men, “Stay here with the donkey; I and the boy will go over there and worship and come again to you.” And Abraham took the wood of the burnt offering and laid it on Isaac his son. And he took in his hand the fire and the knife. So they went both of them together. And Isaac said to his father Abraham, “My father!” And he said, “Here I am, my son.” He said, “Behold, the fire and the wood, but where is the lamb for a burnt offering?” Abraham said, “God will provide for himself the lamb for a burnt offering, my son.” So they went both of them together.

When they came to the place of which God had told him, Abraham built the altar there and laid the wood in order and bound Isaac his son and laid him on the altar, on top of the wood. Then Abraham reached out his hand and took the knife to slaughter his son. But the angel of the Lord called to him from heaven and said, “Abraham, Abraham!” And he said, “Here I am.” He said, “Do not lay your hand on the boy or do anything to him, for now I know that you fear God, seeing you have not withheld your son, your only son, from me.” And Abraham lifted up his eyes and looked, and behold, behind him was a ram, caught in a thicket by his horns. And Abraham went and took the ram and offered it up as a burnt offering instead of his son. So Abraham called the name of that place, “The Lord will provide”; as it is said to this day, “On the mount of the Lord it shall be provided.” ~ Genesis 22:1-1

It’s hard to imagine Abraham’s willingness to sacrifice his son. Yet God had promised him that his descendants would be as numerous as the stars. That promise came in Abraham’s old age, when he was childless far past the time of life in which it would be physically possible for him to father a child. God assured Abraham that he would have a son, a biological child, born to his wife Sarah, and God delivered on that promise. Now God asked Abraham to sacrifice Isaac, that child of promise. Abraham still believed God’s promise to him—if he did what the Lord commanded, God would save Isaac or restore him to life. Having seen God fulfill His promise, Abraham trusted Him.

Lord God, give me the faith of Abraham—the trust that whatever I need, You will provide. Let me put You above everything and everyone in my life, willing to give up whatever You ask me to sacrifice, knowing that You are all I need. In the name of Jesus Christ. Amen.