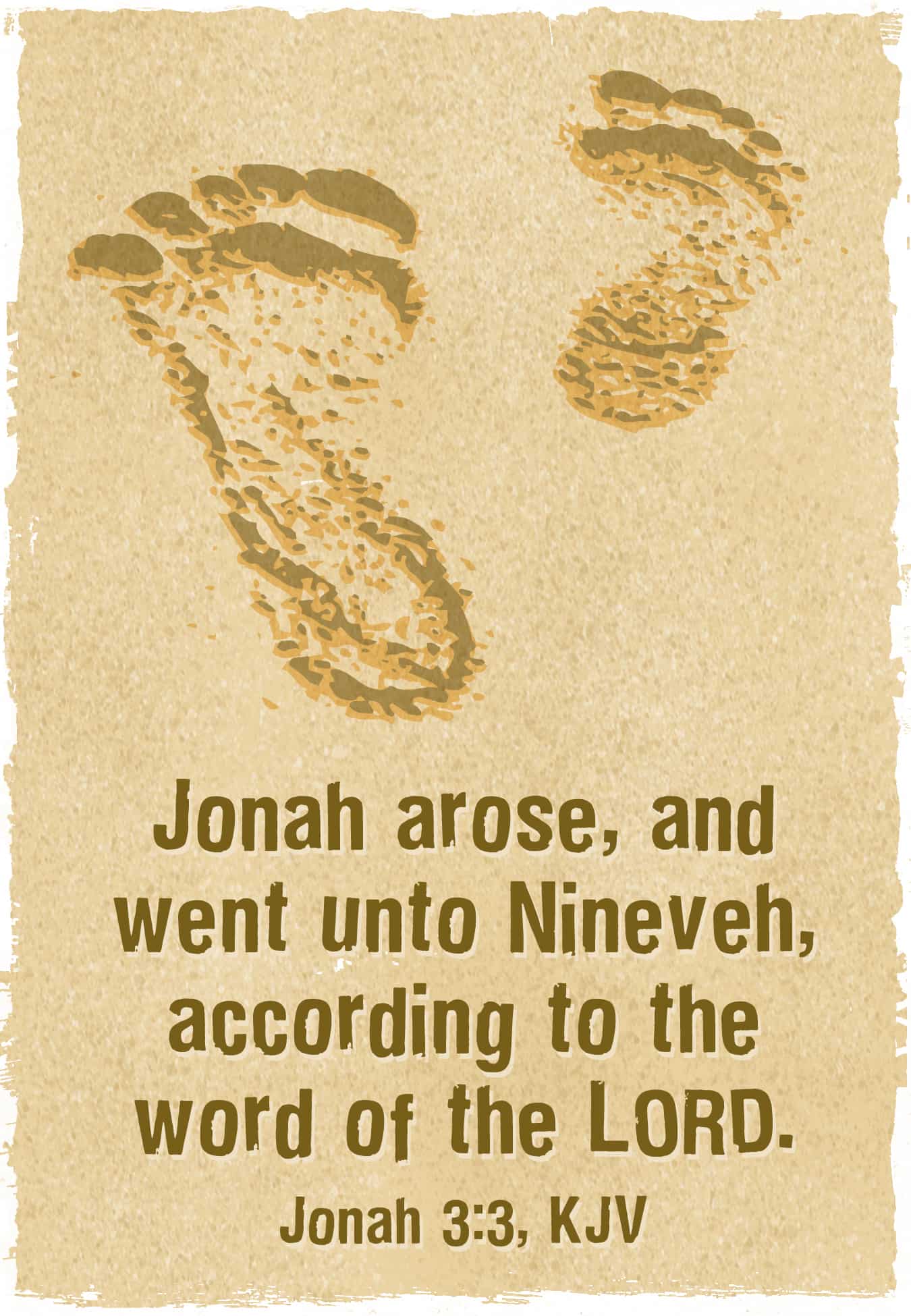 Then the word of the Lord came to Jonah the second time, saying, “Arise, go to Nineveh, that great city, and call out against it the message that I tell you.” So Jonah arose and went to Nineveh, according to the word of the Lord. Now Nineveh was an exceedingly great city, three days’ journey in breadth. Jonah began to go into the city, going a day’s journey. And he called out, “Yet forty days, and Nineveh shall be overthrown!” And the people of Nineveh believed God. They called for a fast and put on sackcloth, from the greatest of them to the least of them.
The word reached the king of Nineveh, and he arose from his throne, removed his robe, covered himself with sackcloth, and sat in ashes. And he issued a proclamation and published through Nineveh, “By the decree of the king and his nobles: Let neither man nor beast, herd nor flock, taste anything. Let them not feed or drink water, but let man and beast be covered with sackcloth, and let them call out mightily to God. Let everyone turn from his evil way and from the violence that is in his hands. Who knows? God may turn and relent and turn from his fierce anger, so that we may not perish.”
When God saw what they did, how they turned from their evil way, God relented of the disaster that he had said he would do to them, and he did not do it. ~ Jonah 3:1-10

Nineveh was an evil city, and Jonah prophesied its destruction. The Ninevites deserved to be destroyed because they were so sinful. Yet when they heard the Word of the Lord, they repented of their evil, and God did not destroy them. If we read this passage in context, we learn that Jonah ran away from God because he didn’t want to prophesy to Nineveh. God pursued him, had him swallowed then spit out by a big fish, and compelled him to prophesy. When the prophecy was effective in leading the people of Nineveh to repentance, Jonah was angry. He didn’t want God to show mercy on these evil people. Yet God does not want anyone to perish. Today, all that is required to avoid destruction in hell is to repent of our sins and accept Jesus Christ as Lord and Savior. A person can live an evil, selfish, and sinful life, but if he repents, turns to God, and accepts Jesus moments before death, he will be in Heaven with Christians who have been faithful for their entire lives. We can be like Jonah and resent that, or we can rejoice that everyone has a chance to be saved.

Lord God, thank You that those I love who have not accepted You still have a chance to repent and be saved. Draw them to You, Father, before it’s too late. In the name of Jesus Christ. Amen.