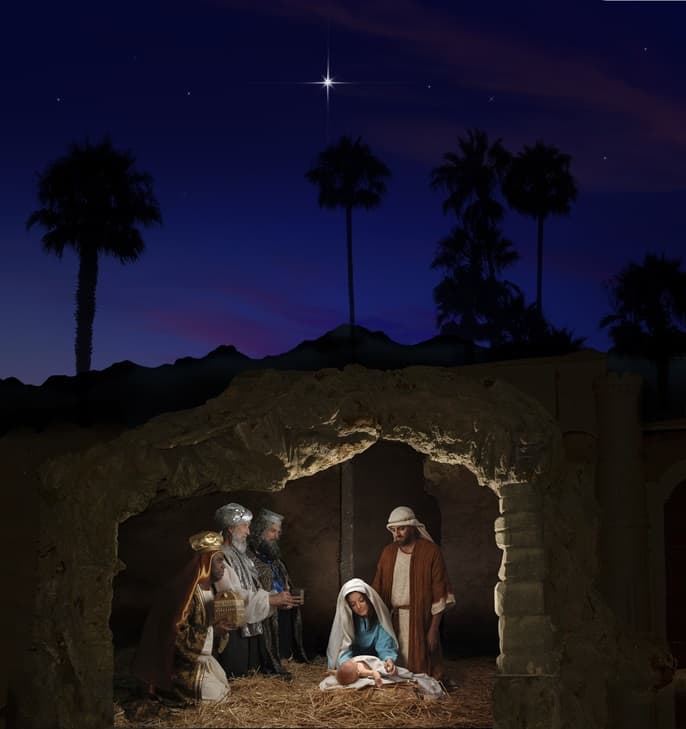 Now after Jesus was born in Bethlehem of Judea in the days of Herod the king, behold, wise men from the east came to Jerusalem,saying, “Where is he who has been born king of the Jews? For we saw his star when it rose and have come to worship him.” When Herod the king heard this, he was troubled, and all Jerusalem with him; and assembling all the chief priests and scribes of the people, he inquired of them where the Christ was to be born. They told him, “In Bethlehem of Judea, for so it is written by the prophet:

Then Herod summoned the wise men secretly and ascertained from them what time the star had appeared. And he sent them to Bethlehem, saying, “Go and search diligently for the child, and when you have found him, bring me word, that I too may come and worship him.” After listening to the king, they went on their way. And behold, the star that they had seen when it rose went before them until it came to rest over the place where the child was. When they saw the star, they rejoiced exceedingly with great joy. And going into the house, they saw the child with Mary his mother, and they fell down and worshiped him. Then, opening their treasures, they offered him gifts, gold and frankincense and myrrh. And being warned in a dream not to return to Herod, they departed to their own country by another way. ~ Matthew 2:1-12

Wise men from the East saw an amazing star in the sky and knew that the King of the Jews had been born. God revealed to them that this King was more than the royal leader of one small nation. Otherwise, they wouldn’t have traveled from the East to find Him and bring Him gifts. Somehow, they knew this infant was worthy of their time to travel a very long distance and their treasures in their gifts of gold, frankincense, and myrrh. Somehow, they knew this was their King, too. Just as He is our King today and throughout eternity.

Lord God, how You have blessed us by making us part of Your Kingdom—and even more, part of Your family. You revealed the birth of Jesus to humble Jewish shepherds and to wise men from far away. Jesus is still King to people throughout the earth. I and all who trust in Him will spend eternity with You in Heaven because Jesus came to save us from our sins. Thank You! In the name of Jesus Christ. Amen.