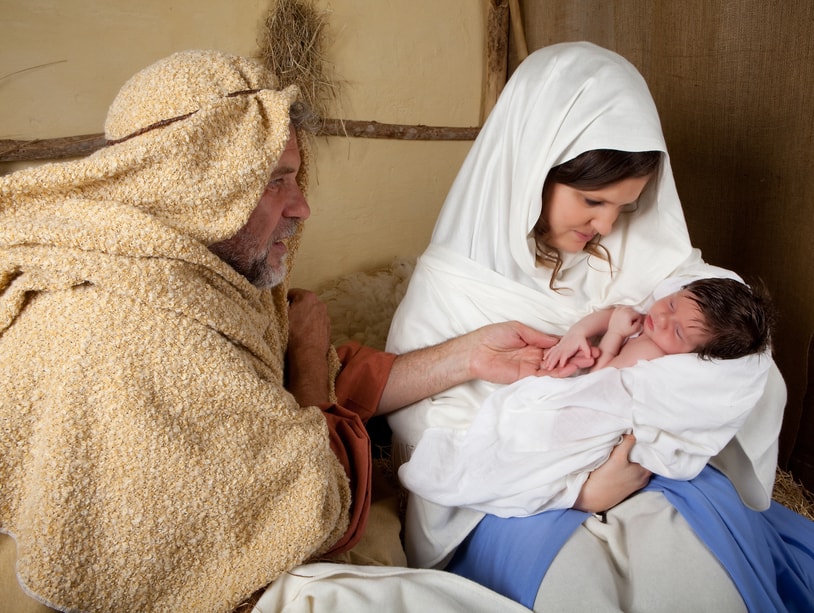 Now in those days a decree went out from Caesar Augustus, that a census be taken of all the inhabited earth. This was the first census taken while Quirinius was governor of Syria. And everyone was on his way to register for the census, each to his own city. Joseph also went up from Galilee, from the city of Nazareth, to Judea, to the city of David which is called Bethlehem, because he was of the house and family of David, in order to register along with Mary, who was engaged to him, and was with child. While they were there, the days were completed for her to give birth. And she gave birth to her firstborn son; and she wrapped Him in cloths, and laid Him in a manger, because there was no room for them in the inn. ~ Luke 2:1-7

The Christmas story is so familiar that we must be careful not to take it for granted. Really think about it—Jesus was born in a stable! Not a modern barn with electric lights and protection from the elements and comfortable individual stalls for pampered animals. No, the stable of Jesus’ birth was more likely a cave or a very crude structure with little protection from the cold and wind. It was dark and smelly and possibly crowded with dirty animals. Instead of a beautiful crib in a newly painted and decorated nursery, Jesus was laid in a rough container for animal feed. The Creator of the Universe, the king of kings, God of gods, Lord of lords gave up His glory and power in Heaven to become a tiny baby in the roughest and crudest circumstances imaginable. He did it for us—to save us from our sins!

Thank You, Lord Jesus, for coming to earth to save me from my sins. Impress me to the magnitude of Your sacrifice and Your love. Give me a grateful heart and unwavering trust. In Your name I pray. Amen.