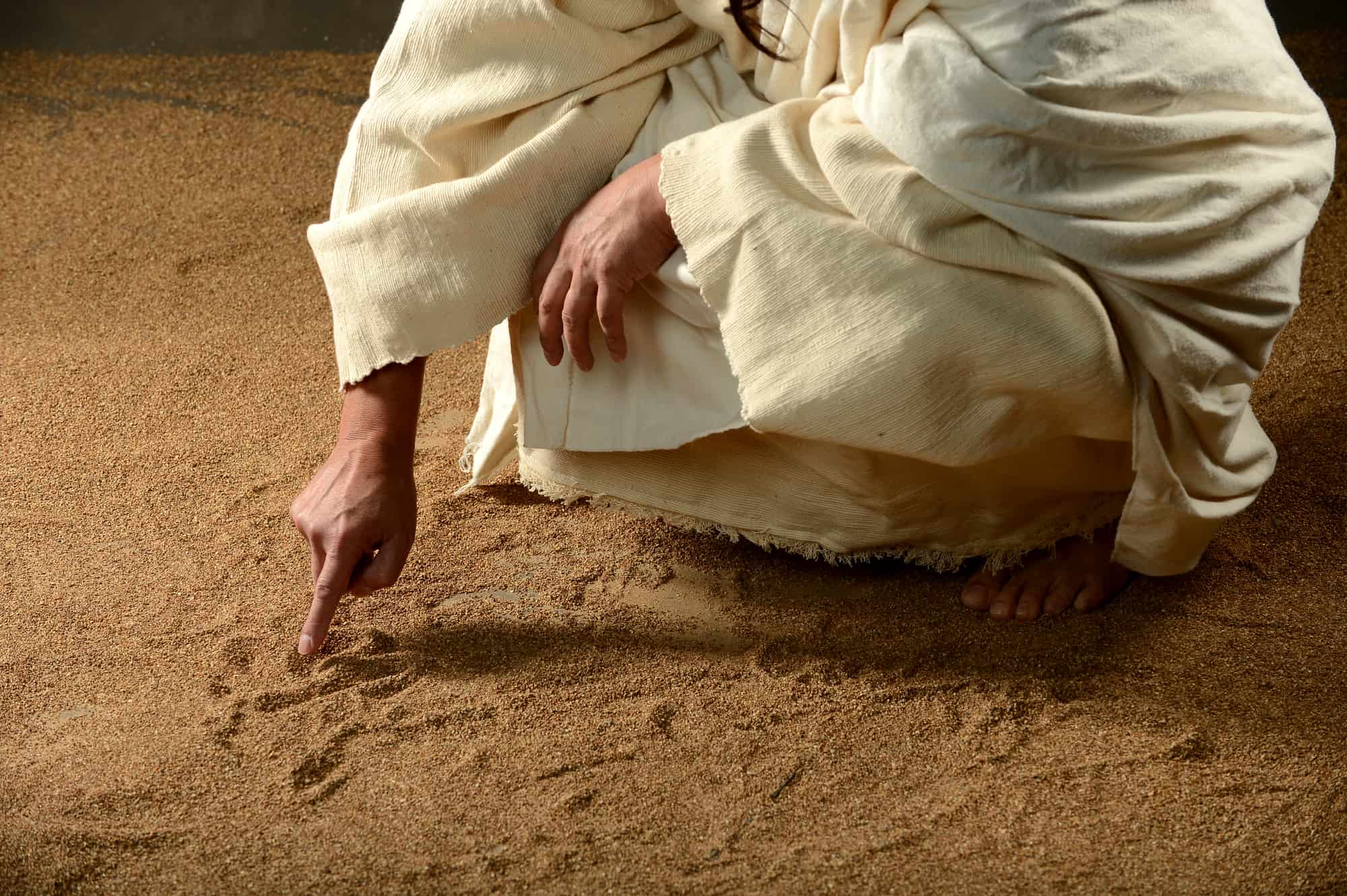 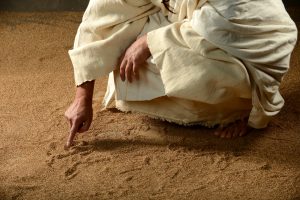 But Jesus went to the Mount of Olives. Early in the morning He came again into the temple, and all the people were coming to Him; and He sat down and began to teach them. The scribes and the Pharisees brought a woman caught in adultery, and having set her in the center of the court, they said to Him, “Teacher, this woman has been caught in adultery, in the very act. Now in the Law Moses commanded us to stone such women; what then do You say?” They were saying this, testing Him, so that they might have grounds for accusing Him. But Jesus stooped down and with His finger wrote on the ground. But when they persisted in asking Him, He straightened up, and said to them, “He who is without sin among you, let him be the first to throw a stone at her.” Again He stooped down and wrote on the ground. When they heard it, they began to go out one by one, beginning with the older ones, and He was left alone, and the woman, where she was, in the center of the court. Straightening up, Jesus said to her, “Woman, where are they? Did no one condemn you?” She said, “No one, Lord.” And Jesus said, “I do not condemn you, either. Go. From now on sin no more.” ~ John 8:1-11

People, especially those who pick and choose what they believe in the Bible, love to quote this story to show God’s mercy. Rather, they like to quote this story without the last two sentences. They try to make a case that Jesus never condemned anyone or that he didn’t condemn adultery. However, they fail to acknowledge that He told her to go and sin no more. Praise God that He doesn’t condemn us—the weight of His condemnation would be too much for even the most righteous person. But the reason He doesn’t condemn us if we repent of our sins is that He Himself has paid the price for those sins.

Lord God, thank You that You don’t condemn me for my many sins because Jesus paid the full price in His precious blood for everything I have done. All I have to do is say “Yes” to Him. Yes, yes, yes, Lord! Jesus is my Lord and Savior. In His name I pray. Amen.