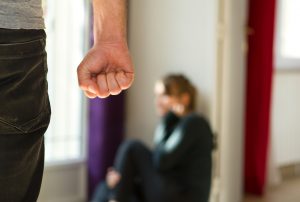 October is National Domestic Violence Awareness Month. I hope you have no personal experience with domestic violence, but if you don’t, I hope you are or will become aware of the issue. We all need to be alert to the signs of abuse and to know what to do if we see them in someone around us.

I was so oblivious to abuse in early adulthood that I unknowingly failed to report child abuse. I taught a third-grade Sunday School class in a church whose membership mainly came from families stationed at two nearby Air Force bases. These families were patriotic Christians, not anyone I would have even considered could be an abuser.

Yet one morning, when one of my students knocked over a cup of coffee, spilling it on me, he reacted in a way I now recognize as being typical of someone who has been abused. He backed away, holding his hands up in front of his face, and apologized over and over again. I tried to reassure him I wasn’t injured, and the coffee would wash out of my dress. The accident was really my fault for having a cup of hot coffee in a room filled with exuberant third-graders.

I thought his reaction was way out of proportion to the incident. Years later, I realized his reaction wasn’t out of proportion if he was accustomed to being hit for a simple accident. I will always regret not recognizing the signs and taking action right away. His military father was transferred to another duty station not long after that, and I never saw the child again. I have thought of him often over the years. Was that child abused more and more because of my ignorance? Did he turn into an abuser in adulthood as so often happens?

That is my only personal experience with domestic violence, but when I started writing Dream or Destiny, my hero told me he and his sister (a murder victim) had been abused in childhood. I’ve always been skeptical when writers say their characters told them the story, but I experienced it in this book. I had no intention of having domestic violence as a theme of the book, but my characters guided me. I did a lot of research online–including reading first-person accounts of abuse–to make the story believable. One of the best compliments I have received on that book came from a book reviewer, Bluestocking, who asked if I had ever been a victim of domestic violence. She had served as a victim’s advocate for victims of abuse. Bluestocking said my character’s personality and actions were typical of adults who had experienced childhood abuse–so much so that she thought I was writing from personal experience.

Never again will I ignore abuse because I don’t know the signs. I hope you will join me in learning about domestic violence and working to stop it.

Husbands, love your wives, just as Christ also loved the church and gave Himself up for her. ~ Ephesians 5:25 (NASB)

Fathers, do not provoke your children to anger, but bring them up in the discipline and instruction of the Lord. ~ Ephesians 6:4 (NASB)

O MERCIFUL God, and heavenly Father, who hast taught us in thy holy Word that thou dost not willingly afflict or grieve the children of men; Look with pity, we beseech thee, upon the sorrows of thy servants who are victims of domestic violence. Remember them, O Lord, in mercy; endue their souls with patience; comfort them with a sense of thy goodness; lift up thy countenance upon them, and give them peace; through Jesus Christ our Lord. Amen. ~ adapted from 1928 Book of Common Prayer