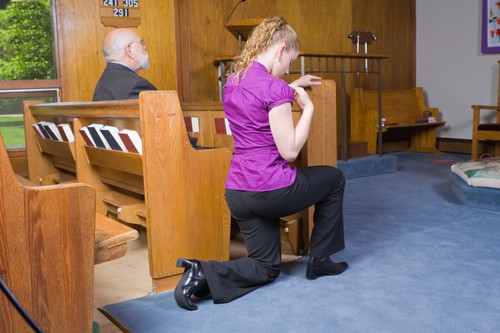 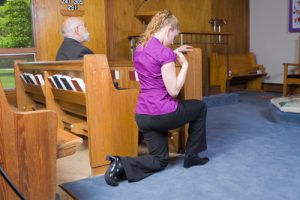 Luke 2:21-38 (NASB)
21 And when eight days had passed, before His circumcision, His name was then called Jesus, the name given by the angel before He was conceived in the womb. 22 And when the days for their purification according to the law of Moses were completed, they brought Him up to Jerusalem to present Him to the Lord 23 (as it is written in the Law of the Lord, “Every firstborn male that opens the womb shall be called holy to the Lord”), 24 and to offer a sacrifice according to what was said in the Law of the Lord, “A pair of turtledoves or two young pigeons.” 25 And there was a man in Jerusalem whose name was Simeon; and this man was righteous and devout, looking for the consolation of Israel; and the Holy Spirit was upon him. 26 And it had been revealed to him by the Holy Spirit that he would not see death before he had seen the Lord’s Christ. 27 And he came in the Spirit into the temple; and when the parents brought in the child Jesus, to carry out for Him the custom of the Law, 28 then he took Him into his arms, and blessed God, and said,
29 “Now Lord, You are releasing Your bond-servant to depart in peace,
According to Your word;
30 For my eyes have seen Your salvation,
31 Which You have prepared in the presence of all peoples,
32 A Light of revelation to the Gentiles,
And the glory of Your people Israel.”
33 And His father and mother were amazed at the things which were being said about Him. 34 And Simeon blessed them and said to Mary His mother, “Behold, this Child is appointed for the fall and rise of many in Israel, and for a sign to be opposed— 35 and a sword will pierce even your own soul—to the end that thoughts from many hearts may be revealed.” 36 And there was a prophetess, Anna the daughter of Phanuel, of the tribe of Asher. She was advanced in years and had lived with her husband seven years after her marriage, 37 and then as a widow to the age of eighty-four. She never left the temple, serving night and day with fastings and prayers. 38 At that very moment she came up and began giving thanks to God, and continued to speak of Him to all those who were looking for the redemption of Jerusalem.

Mary and Joseph followed the Law of Moses to present Jesus in the Temple. Even though He was King of Kings and Lord of Lords, He grew up following the commandments and laws of God just as all children in devout Jewish families did. Simeon and Anna both recognized Him as the Messiah even at the age of eight days, but still His family followed the Law.

Lord God, thank You for the example of Jesus, who followed Your commandments and Laws from His birth. Help us to follow Your will and live the way You want us to, always looking forward to the day when He will judge both the living and the dead. May we be found righteous because of our faith in Him. In His name we pray. Amen.