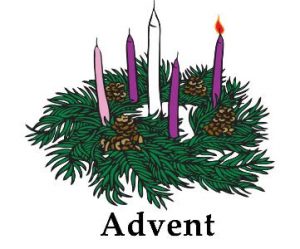 Luke 1:68-70 (NASB)
68 “Blessed be the Lord God of Israel,
For He has visited us and accomplished redemption for His people,
69 And has raised up a horn of salvation for us
In the house of David His servant—
70 As He spoke by the mouth of His holy prophets from of old.

Zacharias spoke these words at the circumcision of his son John, who grew up to be John the Baptist who called people to repentance and baptized them in preparation of Jesus’s ministry. The Jewish people had waited to centuries for the Messiah, and Zacharias recognized that the time was near for the Messiah to appear. Century after century, generation after generation, the people waited in faith, trusting that God would fulfill His promise. Now we wait—century after century, generation after generation—for the Second Coming of the Messiah, when Jesus will return. We can trust God’s promise for He always fulfills His promises on His timetable, not ours. We simply wait and watch in faith.

Lord, You promised the Messiah for centuries, and Your people believed, even though they waited generation after generation for the fulfillment of Your promise. The Messiah has come—as the babe in the manger whose Advent (coming) we are preparing to celebrate at Christmas. You have promised that He will come again with glory to judge the living and the dead. In this time of preparation, we ask You to cleanse our hearts to prepare us for His coming. Let us trust Your promise that when He comes again we will be with You, the glorious Trinity, Father, Son, and Holy Ghost, throughout eternity. We trust Your promise. We believe Your Word. We thank You that the Messiah has come, and we look for the day of his Second Coming. In the name of Jesus Christ, our Lord and Savior, who lives and reigns with You and the Holy Ghost, now and forever, world without end. Amen.