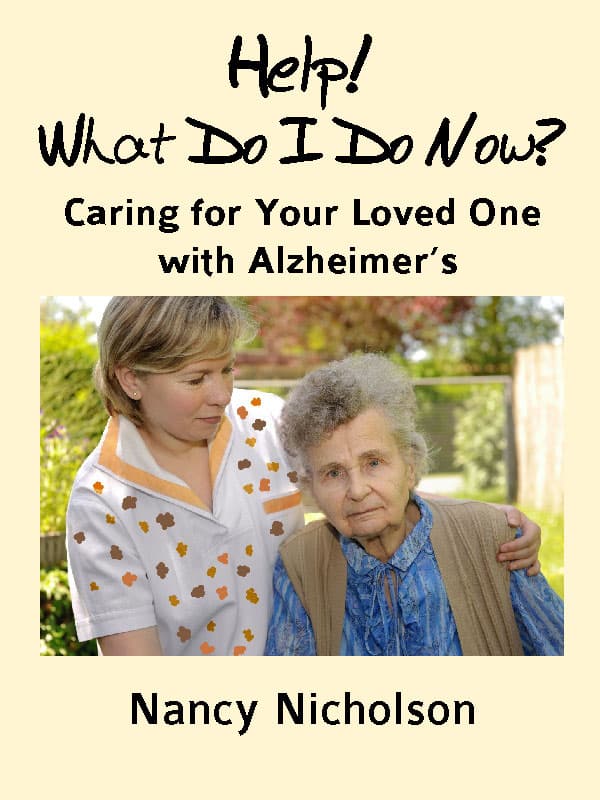 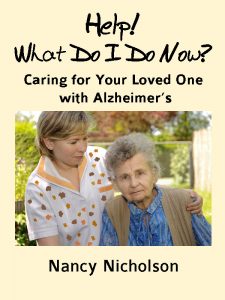 Finding a cure or at least a treatment for this disease is a cause close to my heart. My first experience with dementia (probably Alzheimer’s) was with my grandfather when I was a child. Back then, Alzheimer’s was not well-known, even in the medical community, and my grandfather was diagnosed with “hardening of the arteries.”

His behavior became violent, and for the safety of himself and others, the family had him committed to the state mental hospital. Since I had not reached my twelfth birthday, I was not allowed to visit him. I remember my parents driving the nearly 100 miles from our rural home to the hospital. They and my grandmother went inside to visit Grandpa, and my siblings and I waited in the car.

I turned twelve after he had been there a while, but by that time, his condition had deteriorated so much that I was not allowed to see him. He died a few days after my birthday. My last memory of him is my father and his sisters forcing Grandpa into the car to take him to the hospital. He was screaming that he wasn’t going to the hospital, and he would jump out of the car during the trip.

He had been a strong man, a cowboy in his younger days, and he had a kind and gentle personality, always showing respect to everyone, especially women. He was a wonderful storyteller—I can’t remember any of the stories he told, but I remember sitting at his feet with my siblings and cousins and listening to his cowboy tales. After he became ill, he became abusive to my grandmother and used the most vulgar language, totally out of character for him.

I’ve written about my father several times, especially in Father’s Day posts and posts about Alzheimer’s. Along with several other family members, I was a caregiver for him during the last seven years of his life when he suffered with Alzheimer’s. His final days were such a blessing because we saw him lose his fear and take on such peace that we understood and felt it with him even though he could not communicate in any tangible way. 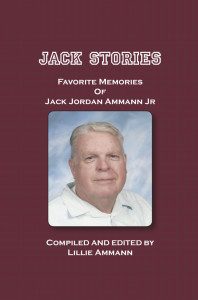 My most recent experience with dementia was caring for my husband during his final years until he died one year ago day after tomorrow. I was so blessed to be able to care for him full-time at home with the help of a part-time caregiver (wonderful Betsy who still takes care of me!). There were struggles, as anyone who has even a rudimentary knowledge of this disease will understand. However, there were also special moments that I will not forget.

Jack was almost fearless, but there were two things he feared: that he would no longer recognize me (he saw my father forget my mother after nearly 50 years of happy marriage) and that he would end up in a nursing home (as my father did—there were no nursing homes to care for my grandfather so he ended up in a mental hospial). I am so thankful that neither of the things Jack dreaded happened. He knew me to the end, and, although he spent a week in a nursing home while Betsy was lining up full-time help at home, he thought he was in a hospital, and I was able to stay in the room with him constantly. Knowing how devastating this disease can be, we were blessed in so many ways.

Here on my blog, you will find a great deal of information about Alzheimer’s as well as links to many other resources for caregivers. Simply type “Alzheimer’s” in the search box, and the results will include a number of posts on the subject. In addition, I highly recommend two books: one written by my sister and edited by me and the other compiled and edited by me—not that I am biased or anything. 🙂 You can find these books on my Books page.

My sister, Nancy Nicholson, has written a wonderful little book for caregivers. Help! What Do I Do Now? Caring for Your Loved One with Alzheimer’s is targeted to family members who have recently found themselves caregivers. The book is short and easy-to-read, which makes it especially helpful to caregivers who have lots of stress and little time. The book is filled with practical advice and examples of dealing with specific situations. Most of these situations are common among Alzheimer’s patients, and you are likely to find help for behaviors that are challenging to you. If the exact situation isn’t covered, chances are very good that at least one of the examples will be close enough that the suggestions will be useful in your situation.

The second book is not specifically about Alzheimer’s. Jack Stories: Favorite Memories of Jack Jordan Ammann Jr is a collection of stories about my husband Jack. I am obviously biased when I tell you he was an exceptional man, but when you read the stories from many people who knew him, you will see they agree. One of the recurring themes is that Jack treated everyone as an equal, regardless of their station in life. The staff in the doctor’s office wrote about his habit of always thanking them for everything they did. The night crew at the Walmart where we shopped talked about how they looked forward to our weekly visits. Several people mentioned that Jack was better educated and “smarter” than they were, but he never showed off his intelligence or education unless another person was being arrogant or condescending to someone else. Then Jack would pull out all the stops to show the arrogant one he wasn’t as smart as he thought he was.

The reason I recommend this book for World Alzheimer’s Day is to encourage anyone dealing with a loved one with Alzheimer’s.  Jack was special before the diagnosis—he was just as special after the diagnosis. People said he should be written up in the Reader’s Digest as their “most unforgettable character” when he was healthy—they said the same thing when he had Alzheimer’s. He made people laugh before he  began to lose his memory—he made people laugh long after he forgot what year it was. I and countless friends and relatives loved him when his mind was intact—we loved him just as much when the connections in his brain were no longer intact.

Life will be different after a diagnosis of Alzheimer’s, but life can still be good.