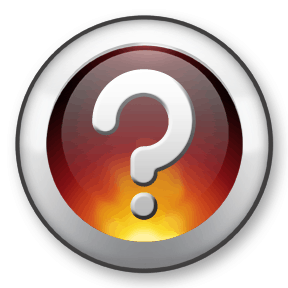 There’s no question that I have strong opinions and freely express them. You can see how many posts I’ve written about abortion, and you will find posts here about a number of other causes I’m passionate about.

However, while our personal foundational beliefs color our opinions, I try to advocate for causes that are based on Biblical truth and/or scientific evidence. I can find plenty of support for my pro-life position in the Bible, and science has now proven that fetuses are living human beings who can feel pain. So there are valid reasons for my strong opposition to abortion.

The reaction to the George Zimmerman trial has stunned me. Some people whom I highly respect are convinced the trial was a miscarriage of justice and “the system failed.” Other people whom I equally respect believe the verdict was just and the system worked. It seems that individual opinions are based on whether or not they agree with the verdict. Those who believe Zimmerman was guilty post links to articles depicting Trayvon Martin as an innocent child, an honor student, killed for his race and to articles about the depth of racism in this country, with this case as one example. Those who believe Zimmerman was not guilty post links to articles about Zimmerman’s voting for Obama for president and tutoring black students and to articles showing how the seemingly innocent items Martin was carrying could be used to create a drug his autopsy showed he had used often enough to cause damage to his body.

The one way I don’t think the system worked in this case is that the media and politicians all had opinions that they didn’t hesitate to express. Gone are the days when the media reported unbiased news—today media reports “news” with a slant depending on its personal political stance. Politicians got involved, either indirectly by expressing opinions that Martin was murdered because he was a black kid walking in a white neighborhood or directly on a local level by inserting themselves into the case in inappropriate ways.

Now let me say that I was an earlier signer of the petition for an investigation into this case. Everything I read indicated that Martin’s parents had not been notified of his death in a timely manner, and there were certainly questions about what happened. I wanted Martin’s family to receive justice for their son. I had no preconceived ideas of what that investigation would reveal—that was the purpose of the investigation: to find out what happened and follow up with legal action, if appropriate.

I did not follow the trial constantly, and I certainly wasn’t there at the time of the shooting. So I don’t know if the verdict was correct or not. Black, white, Hispanic, adult, teen, or child–none of those things should matter in a court of law. The question is this: “Does the evidence presented in the trial show that defendant committed the illegal act(s) of which he is accused?”

In this case, there was no question that George Zimmerman shot and killed Trayvon Martin. The legal questions revolved around the circumstances in which that occurred and whether the killing broke the law. I was not there that night, so I don’t know the exact circumstances. The jurors had to evaluate the evidence they heard and make a determination of whether George Zimmerman committed a crime. Since I wasn’t in the courtroom listening to the evidence, I’m in no position to say whether the jury was right or wrong. However, our justice system works only if we accept jury verdicts, and if we believe they are wrong, work to change the laws or appeal the case. Aggressive or even violent responses only make the situation worse.

Whatever else is true of this case, it was a tragedy for all concerned. The Martin family has lost a beloved son, George Zimmerman is hated and reviled by many and will never have a normal life, and people are rioting and ranting because they disagreed with the verdict.

Thomas Sowell, who is totally brilliant but writes in a way that is easy to read and understand, said in his article “Is This Still America?”

This case looked like something out of “Alice in Wonderland.” Both in the courtroom and in the media, educated and apparently intelligent people repeatedly said things that they seemed sincerely, and even fervently, to believe, but which were unprovable and often even unknowable.

The only real heroes in this trial were the jurors. They showed that this is still America — at least for now — despite politicians who try to cheapen or corrupt the law, as if this were some banana republic. Some are already calling for a federal indictment of George Zimmerman, after he has been acquitted.

Will this still be America then?

O GOD, the Father of our Lord Jesus Christ, our only Saviour, the Prince of Peace; Give us grace seriously to lay to heart the great dangers we are in by our unhappy divisions. Take away all hatred and prejudice, and whatsoever else may hinder us from godly union and concord: that as there is but one Body and one Spirit, and one hope of our calling, one Lord, one Faith, one Baptism, one God and Father of us all, so we may be all of one heart and of one soul, united in one holy bond of truth and peace, of faith and charity, and may with one mind and one mouth glorify thee; through Jesus Christ our Lord. Amen. (from 1928 Book of Common Prayer)

Here’s a YouTube video with an interesting perspective: Are we black or white before we are Christian?