Today is World Alzheimer’s Day, and the Alzheimer’s Asociation is asking people to get involved to end this terrible disease.

I know there are many horrific diseases that destroy the body, and watching someone deteriorate from cancer and other diseases is heart-rending. The tragedy of Alzheimer’s and related dementias, however, is that not only do they cause the body to deteriorate, but they also destroy both the mind and the personality. 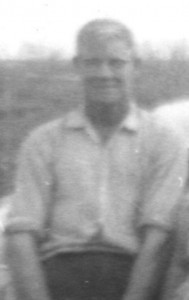 My father was one of the strongest, most independent, and smartest men I ever met. He used to amaze us by solving arithmetic problems instantly in his head. “Daddy, what is 7,639 times 347?” I would ask. “Two million six hundred and fifty thousand seven hundred and thirty-three,” he would respond before I  could punch the numbers on the calculator to confirm the answer.

Our family watched Alzheimer’s destroy him over a period of seven years, and  I never want to see that happen to anyone else. Yet 35 million people are living with dementia today, and that number is expected to increase to 115.4 million in 2050.  The statistics in the 2009 World Alzheimer’s Report should convince everyone to get involved.

That’s why I’m wearing purple on September 21 and why I’ve signed up as an Alzheimer’s champion. And why I hope you’ll consider helping end Alzheimer’s as well.