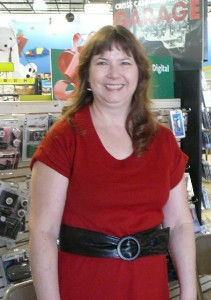 I’m delighted that my friend Janet Kaderli is visiting here today. Janet and I met at a writers conference more than ten years ago. We got to know each other, first through the local romance writers’ group, then later through an e-mail group of Christian writers of women’s fiction. I was thrilled to play a small role when Janet published her second children’s book, and I’m excited that her romance novel has been published by Avalon Romance.

Lillie: Welcome to A Writer’s Words, An Editor’s Eye, Janet. My readers and I are eager to hear about your new romance novel, Santa’s Angels

Janet: Thank you, Lillie, for inviting me to A Writer’s Words, An Editor’s Eye.  I’ve had 4 children’s books published. The first was Molasses Cookies in 1998. This story is special because it tells how New Braunfels, Texas was settled by immigrants from Germany. My husband’s family was among the founding families in New Braunfels. In 2005, with more than a little help from Lillie and GASLight Publishing, the sequel to Molasses Cookies, Patchwork Trail was published. This story is more related to my family, who lived in Caldwell County in Texas. In 2001, two books were published by Steck-Vaughn, an educational publishing company.

Lillie: I know you’ve been writing romance for several years. Can you share with us a little about the road you’ve traveled to publication? Is Santa’s Angels the first romance you wrote or do you have other unpublished romances? Did you receive many rejections or was it easy to find a publisher? Where did you get the idea for Santa’s Angels?

Janet: Santa’s Angels is the third romance novel I’ve written. The first two should probably stay in those dusty boxes they’re hidden in! But they were definitely learning experiences I needed.

I got the idea for Santa’s Angels from playing Secret Santa among the faculty and staff at a school where I used to teach. Every year, we’d draw names and give gifts or special treats to the person we’d drawn. We’d try to figure out who our Santa was. One year, the person whose name I drew said she liked to read “hot and steamy” stories. I wrote a short story—Janie’s Hot and Steamy Christmas.

It wasn’t all that hot and steamy, but I liked the idea and played with it a bit, completing the first chapter, which I entered in a contest. It placed in the contest! Later, after pitching the idea to an editor, the manuscript was requested. I didn’t have a manuscript. I had a first chapter. So I added two more and a synopsis. That was rejected. Over the years, I entered other contests, completed the manuscript, and sent it to various editors and agents. Although everyone liked the story, it wasn’t ever right for who I’d sent it to. A friend kept telling me, “Send it to Avalon.” I did . . . and now it’s on bookshelves!

A big help to me while writing the story was that I knew a Santa. My husband’s business partner was our local Santa for many years. He filled me in on the costume, the make-up, and how people focused on the persona more than the person. Even our son never picked up that Santa was his friend from Dad’s office!

Lillie: Some writers plot out their novels in great detail before they start writing, while others write by the seat of their pants. Which approach did you use for Santa’s Angels?

Janet: I find I write by the seat of my pants, but edit using charts and notes so I can consciously include the elements of goal, motivation and conflict, scene and sequel. Santa’s Angels was patchwork. I wrote it in bits and pieces then printed it and literally cut and stapled scenes together in order. Then cut and pasted on the computer. I revised it every time I sent it out for anything.

Lillie: Do your characters ever do anything that surprises you?

Janet: All the time.

Lillie: I’m glad to hear your characters take charge as mine often do. Do you consider yourself a plot-driven writer or a character-driven writer? Was that a conscious choice on your part?

Janet: I’m a character-driven writer. It was an unconscious choice. The more I work on a project, the better I get to know the characters and the story unfolds as they interact.

Janet: In Christian or Inspirational books, growth in faith is included in the character arc with other types of growth. So far, I haven’t written a story including that type of growth in a character. I pitched Santa’s Angels to an editor for the Christian market knowing I’d need to revise the story to suit the needs. That door didn’t open to me. Right now, the door to the general market is open.

Lillie: That reminds me of a C.S. Lewis quote, which I’m paraphrasing: What the world needs is not necessarily more Christian books but more books of all kinds written by Christians. I’m sure my readers will want to know more about you and your book. Do you have a blog and/or Web site? Where can readers buy Santa’s Angels?

Janet: My website is www.janetkaderli.com. At the moment, readers can order Santa’s Angels by following the contact information at Avalon Books or order from Amazon.com

Lillie: What is the best advice you have for aspiring writers?

Janet: This advice is from Kelly L. Going, a children’s writer: Live your life to the fullest.

I agree with this advice. If you’re living a full life, you have a lot to write about. And you have an interesting life. As with all things, let writing be part of your life. What you learn as you go about living can be shared with others through your writing.

Janet: I’ll be doing a booksigning at The Twig Bookshop on Broadway in San Antonio next Tuesday, December 9 at 10:30 AM. Everyone in the San Antonio area is invited.

Lillie: Janet, thank you for visiting. I’m sure I didn’t ask everything my readers want to know so I hope you’ll check in during the day to answer questions.

Janet: Thank you, Lillie. I’ll check back in. I look forward to talking with you!

Janet has graciously volunteered to answer questions and respond to comments, so please make her feel welcome here and keep her busy answering your questions.